When Sophia, my sister, casually suggested taking the train for our San Francisco to New York trip in February, I could not shake the idea out of my mind. I began researching online—blogs, reviews, forums, news—and discovered Amtrak’s California Zephyr, the train which experienced travelers say is the most beautiful train trips in all of North America.

Scheduling intentionally placed the trains in the grandeur of the Feather River and Rocky mountains during daylight hours, while the Nevada deserts and plains states were crossed at night. This practice allowed passengers the most breath taking views of the route during the daytime.

“Two days in a train!” Most people we know thought it was a crazy idea. Some of my friends wondered how a couple, who has been married since forever, could survive being in tiny space for so long. “Why not just fly?” they’d say.

On Saturday, March 19th, 1949 the California Zephyr made it’s only appearance in San Francisco proper (because its station is located in Emeryville, CA). The first eastbound run began at 9:30 am PST the following morning on March 20th, 1949 and was immediately splashed by the railroads as “The most talked about train in America”.

Every female passenger onboard was presented a lavish corsage of  orchids flown in from Hilo, Hawaii for the occasion. To add to the festive atmosphere, the Western Pacific Employee Band was present to supply music for the departure. Thus a legend in passenger train history was born. 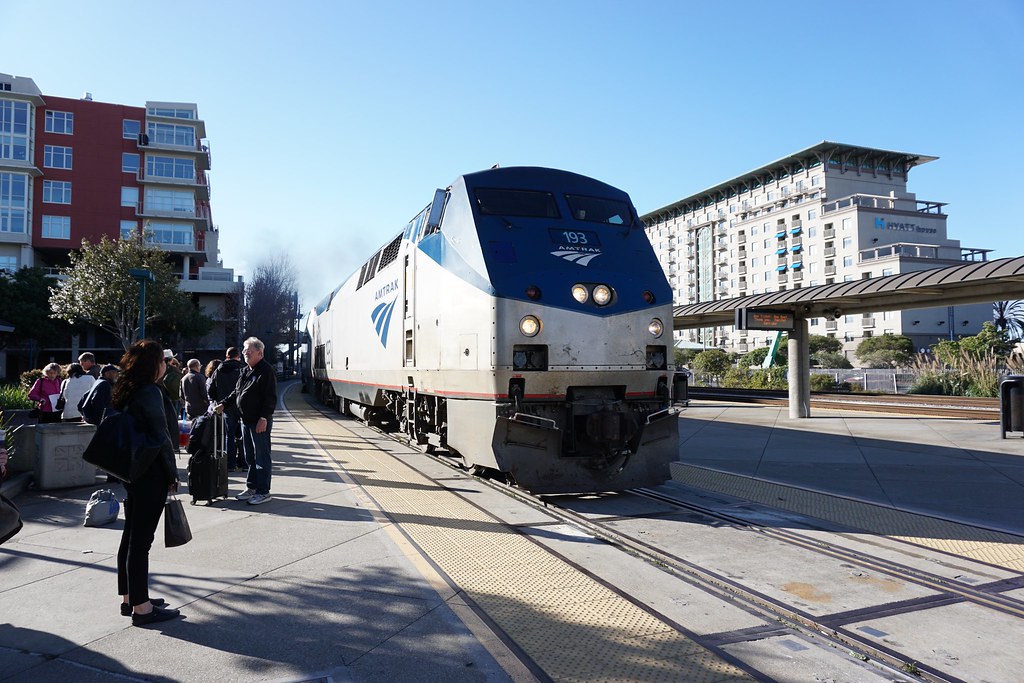 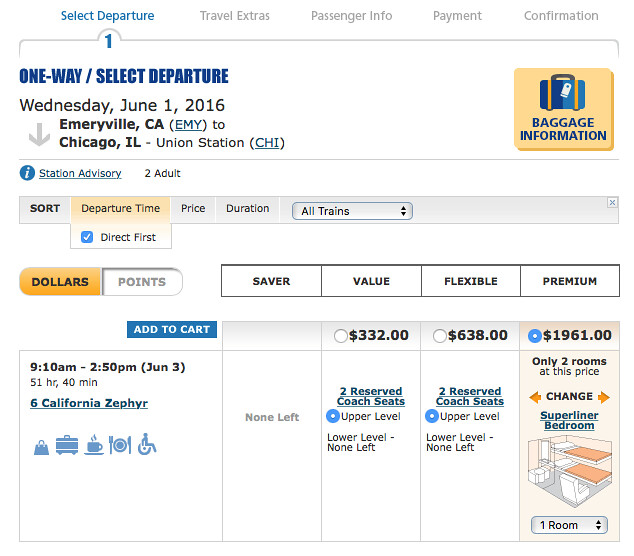 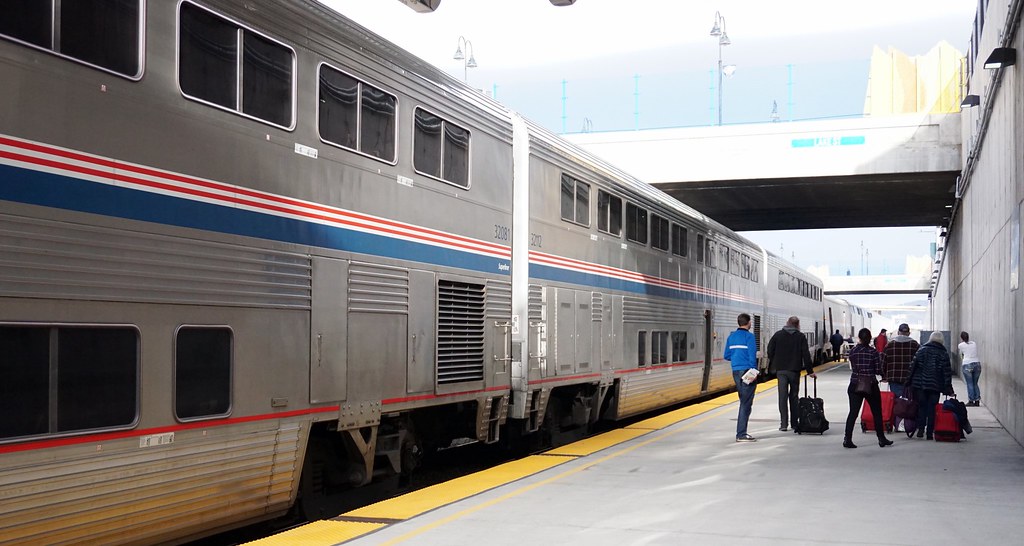 California Zephyr has double-decker cars providing a better view of the passing scenery. All Bedrooms are located on the upper level of the double-decker Superliner train cars, the rooms being 10-plus feet above the platform means no one at the station stops can see into your room so you can keep your curtains drawn.

I wear the hijab so the privacy of the bedroom allowed me to remove my headscarf and travel comfortably. The room has a door with curtains and a lock so those are also plus points. And there’s a private bathroom. You can easily and quite conveniently made wudu and offer salah. 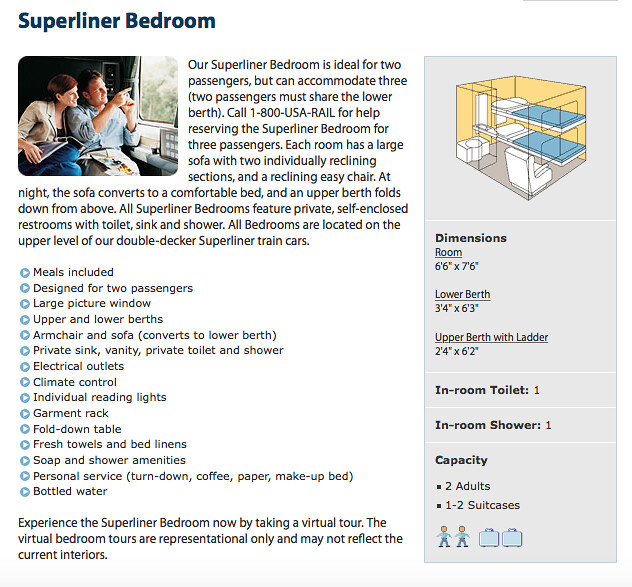 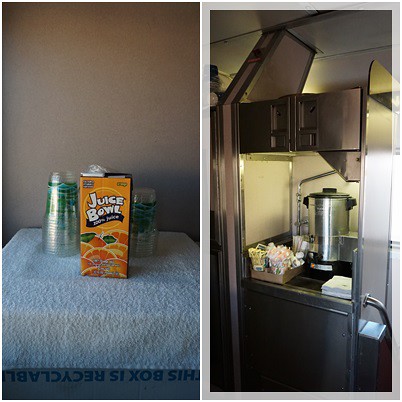 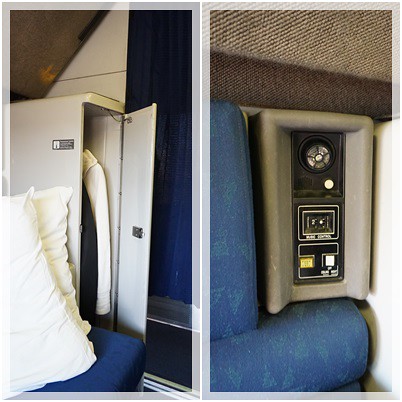 A tiny sink with mirror (and lights!) and the door to a bathroom with shower: 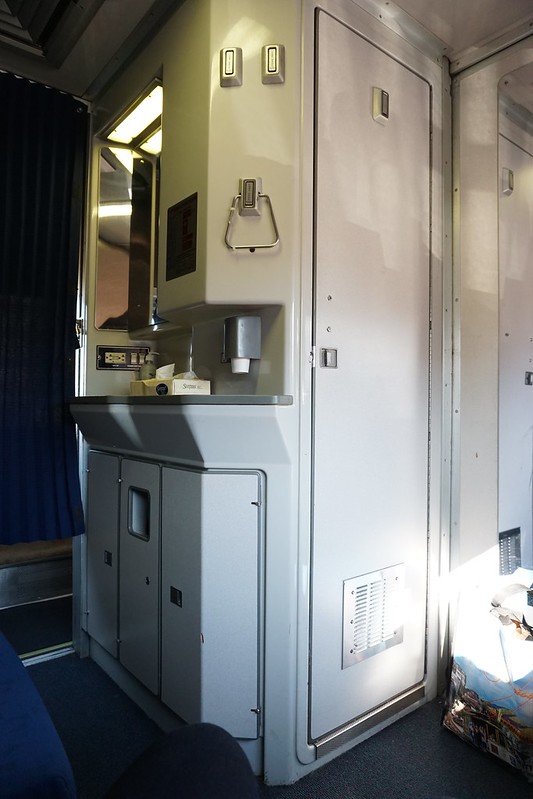 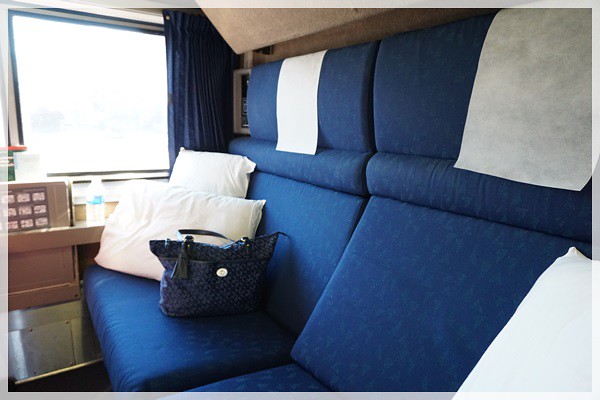 Fresh towels, toilet paper and soap are provided. The bathroom is the same size as those in the aircrafts, except that Amtrak provides a shower head as well. The width of the bathroom wall is shoulder-to-shoulder, so imagine the talent and skill required to take a shower in a moving train. But I’ll forever be grateful for a private bathroom for such a long trip and will be willing to pay for it.

The bedroom is generally a safe place to leave stuff, but I think it’s still not a good idea to leave valuables lying around. Remember, the door locks from the inside but not outside.

As a hijabi Muslimah, I would say that the Superliner Bedroom is definitely worth the money, specially if you’re taking the entire west coast to east coast trip.

In the next posts I’ll share my thoughts about the dining car, the inclusive meals, Amtrak’s customer service, pros/cons, tips, etc.