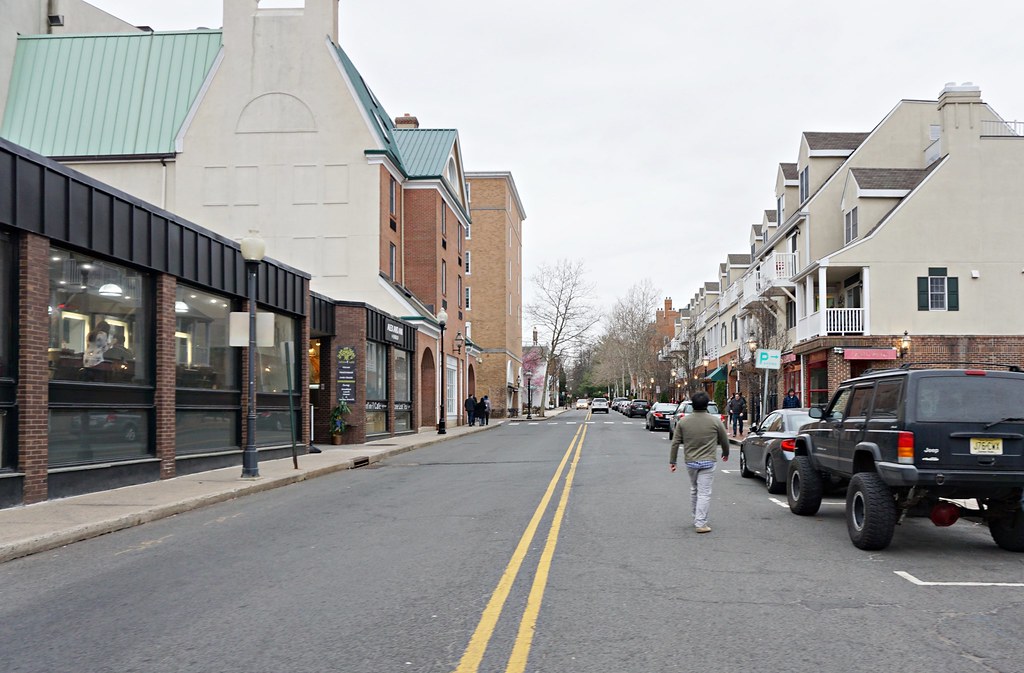 A quiet street on a Sunday afternoon. Obviously it’s only us, tourists, who seemed overly excited about taking a leisurely stroll in the cold, wet afternoon, as if it’s a bright summer day.

After seeing and admiring most of the important buildings of Princeton University, we headed out to see downtown Princeton and its shops.

My very kind brother-in-law had probably planned a quick trip — drive to Princeton, quickly show us his old place (where he and my sister lived as newlyweds), spend a few minutes at the lake, swiftly walk through the Princeton University campus, take a cursory peek at the pretty shops, have a nice hot drink, swiftly drive past Einstein’s house, and then head home. With three ladies in tow, one of them a blogger, he was in for a surprise! Only his ‘swiftly drive past Einstein’s house’ plan came to fruition. We took forever touring the place.

But before the window shopping, please allow me to show you a few structures from the campus.

Albert Einstein’s house is distinguished in being the only home in the world that has housed three Nobel Prize winners!

You see, my brother-in-law told us that taking pictures of this house is prohibited. While this house is designated a National Historic Landmark in 1976, the fact remains that this is a private residence, therefore we had to respect the privacy of whoever is currently residing there. We said okay which, apparently, did not look convincing because he quickly drove the car past Einstein’s house in the dark, thereby rendering any attempt at photography totally futile.

The Arts Council of Princeton 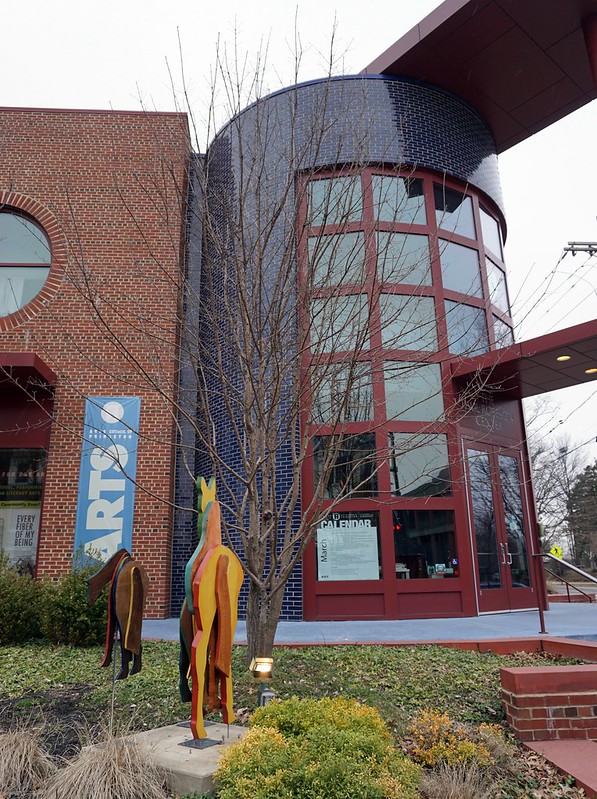 The blue glazed tile is one of the signature Michael Graves touches.

This is also known as the Paul Robeson Center for the Arts, after the singer and actor who grew up in the adjoining neighborhood. The building is a Michael Graves design. While Mr. Graves is said to be a legend—an internationally recognized force in the post-modern architectural movement—the Planning Board said no when he offered his services to design a new home for the Princeton Arts Council. The Planning Board expressed horror at the size of the building and lack of parking spaces, deeming the Michael Graves design wholly inappropriate. I’ve read that it took years and multiple revisions before the building that currently stands was approved!

So it’s important to note that when it comes to getting something built in Princeton, one should never expect things to be easy. Even if you have Michael Graves on your team. 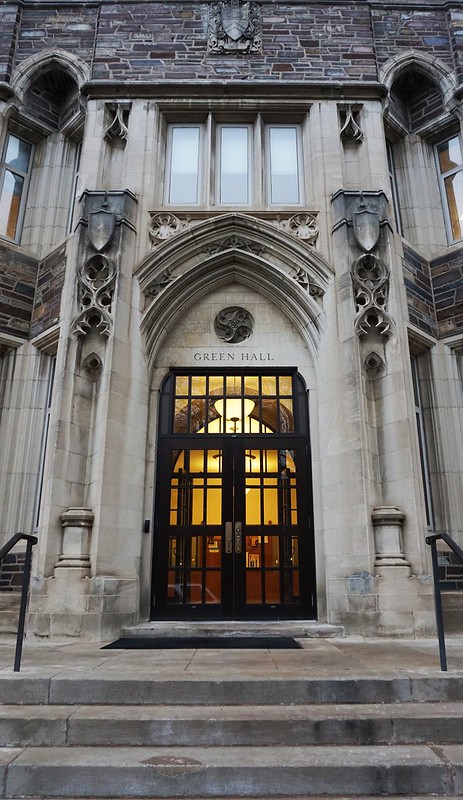 This gorgeous building is currently being used as a swing space — a space that folks at Princeton need to accommodate programs that are located in buildings that require renovation. 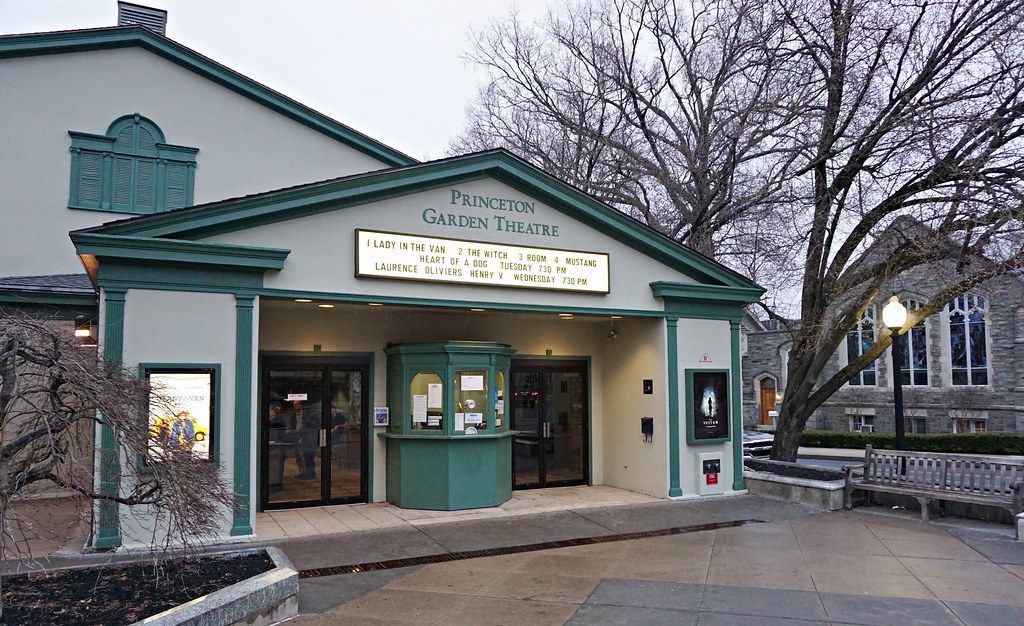 The Princeton Garden Theatre opened its doors on September 20, 1920. The Garden’s name comes from the location, where a rose garden once bloomed next to the Bainbridge house. 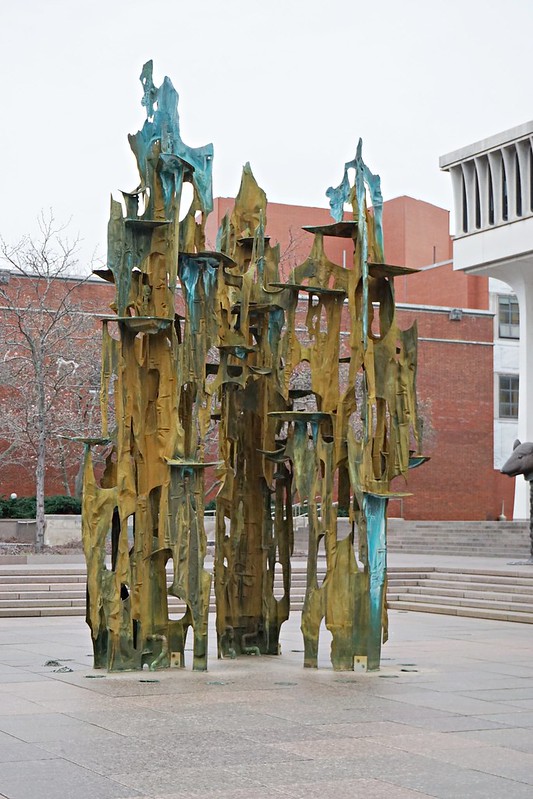 The fountain in front of the Woodrow Wilson School was created by James Fitzgerald in 1966 and, at six tons and twenty-three feet high, is one of the largest bronze castings in the United States. Fitzgerald named his work the “Fountain of Freedom” to symbolize Woodrow Wilson’s vision of lasting world peace.

The spires and crevices of the Fountain of Freedom mimic natural patterns of wind and water erosion, metaphorically representing the aspirations and frustrations of Woodrow Wilson.

For some Princeton seniors, however, the fountain represents a different kind of freedom: the completion of their senior theses. Each spring, Woodrow Wilson School seniors continue the tradition of jumping into the fountain after handing in their papers. Also, whenever the Tigers win a home football game, the Princeton University Band plays a celebratory a concert from inside the fountain’s pool.

There was no fountain when we went. So we went up close to the structure and took endless silly photographs of ourselves. 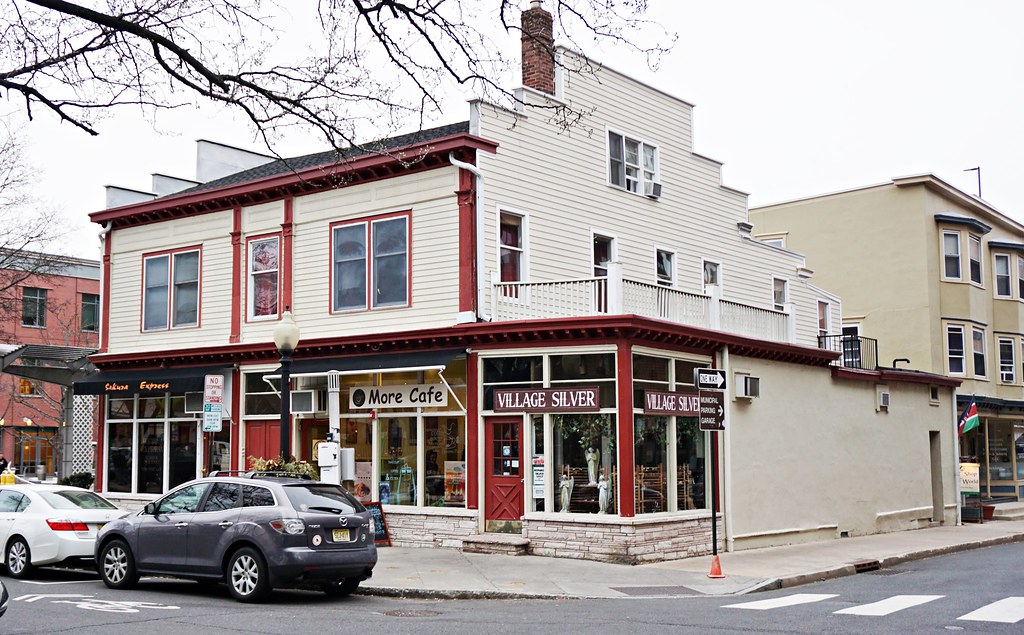 Not that we had time to explore every shop, but whatever we saw was pretty charming and we enjoyed the window shopping experience. 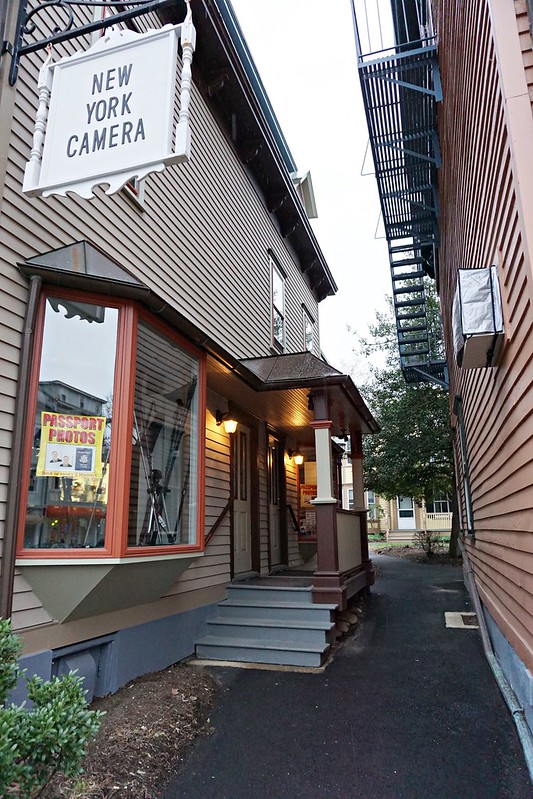 The New York Camera is a small family owned photo retail shop in the heart of downtown Princeton that has been in business since 1978. They carry a good selection of digital cameras in stock and one can special order in most any models within one or two days. They also buy, sell and trade used cameras. 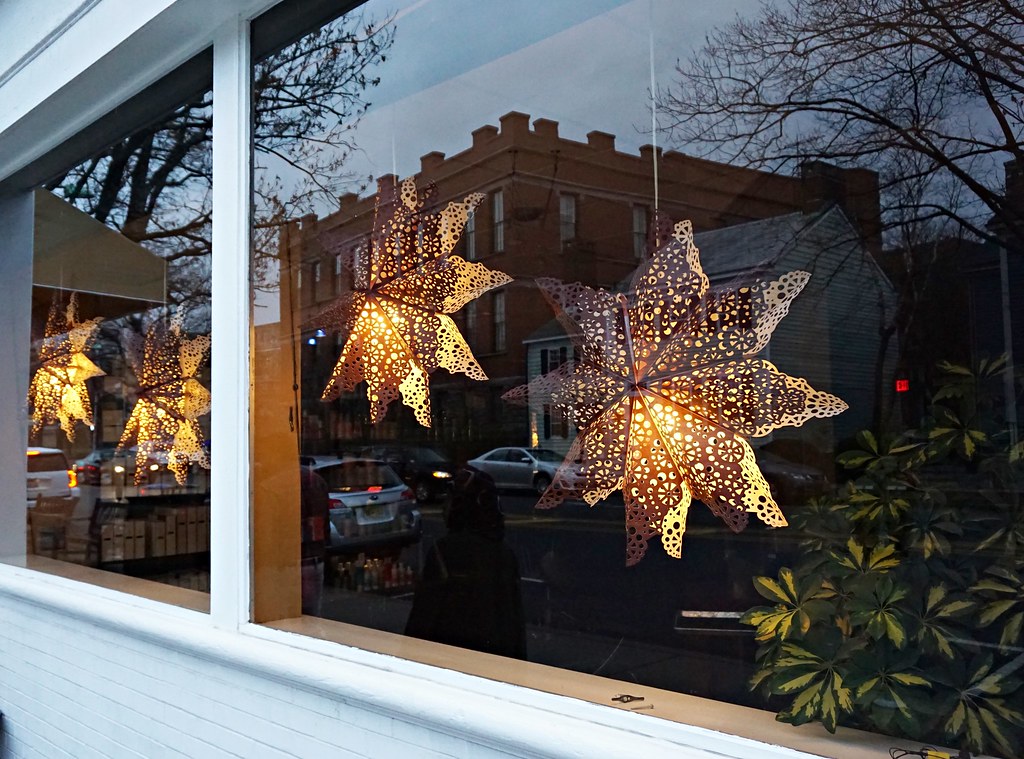 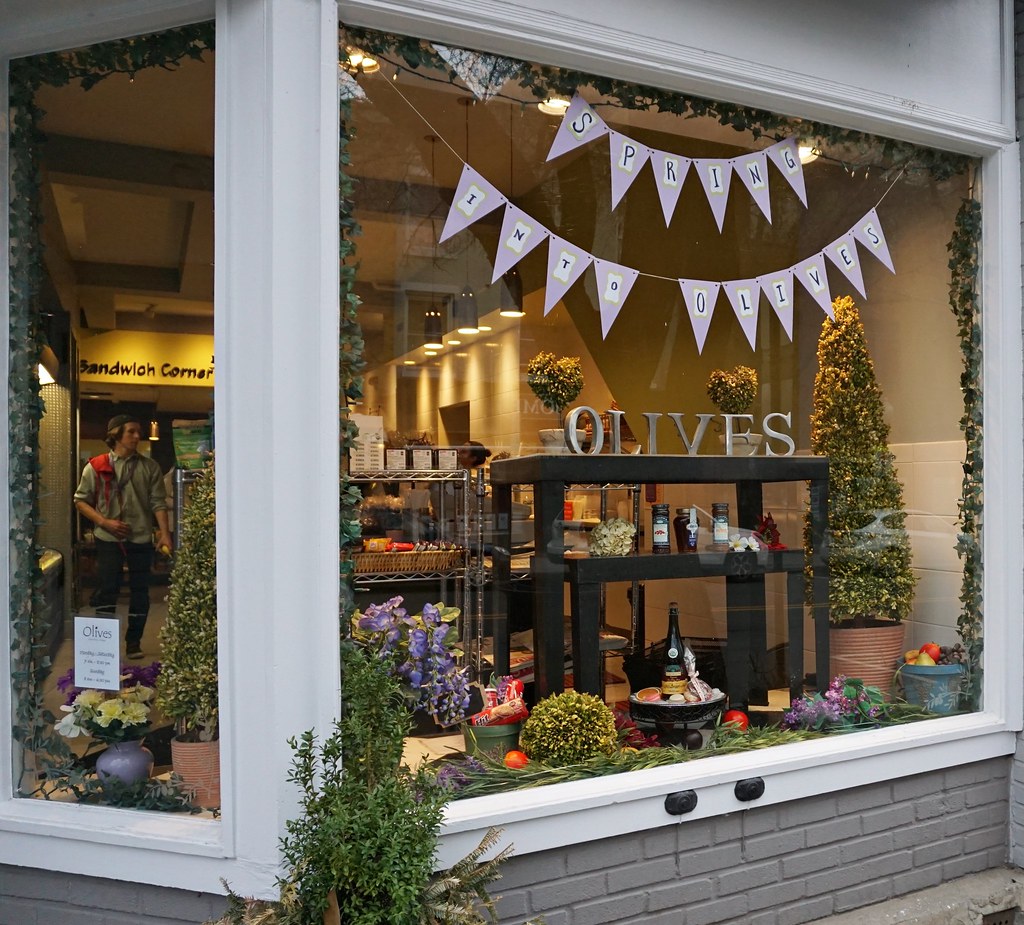 This charming place called Olives is a family owned and operated catering and takeout food market located at 22 Witherspoon Street in Princeton. They offer delicious homemade foods and bakery items – all made from scratch, along with imported specialties from Greece.

It was getting late and the temperature dipped further. We sought refuge in Panera Bread for some pastry and a hot cup of chocolate. 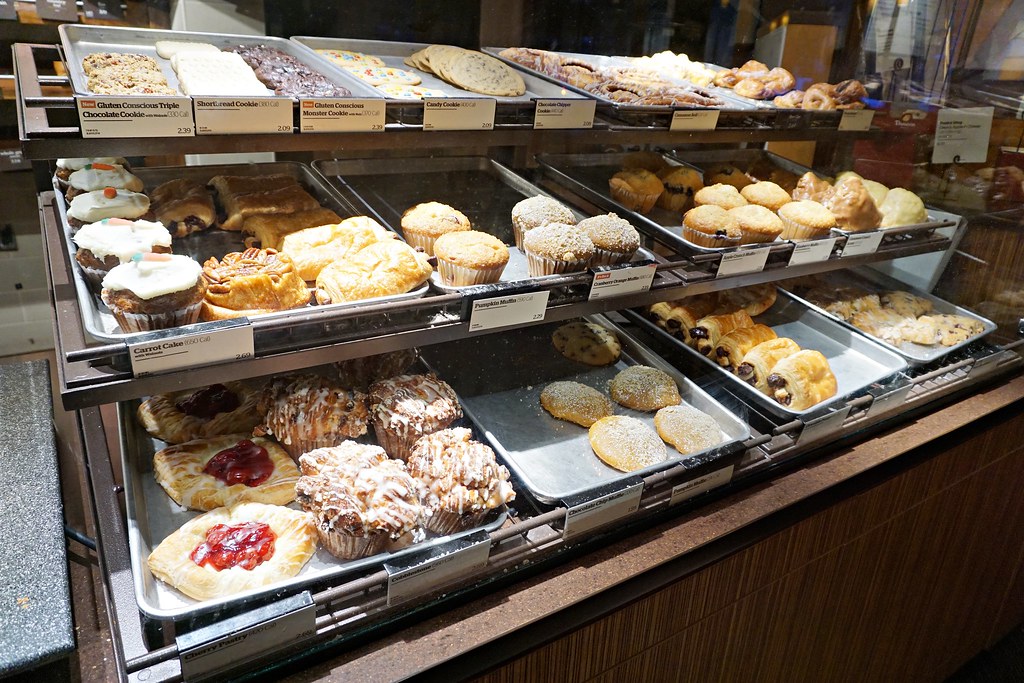 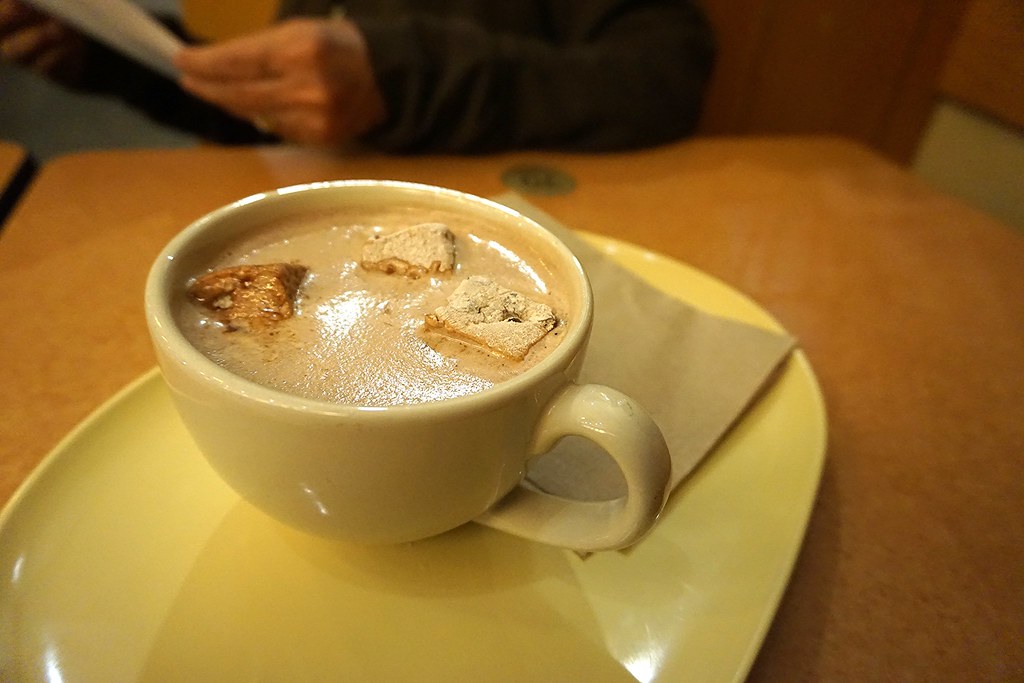 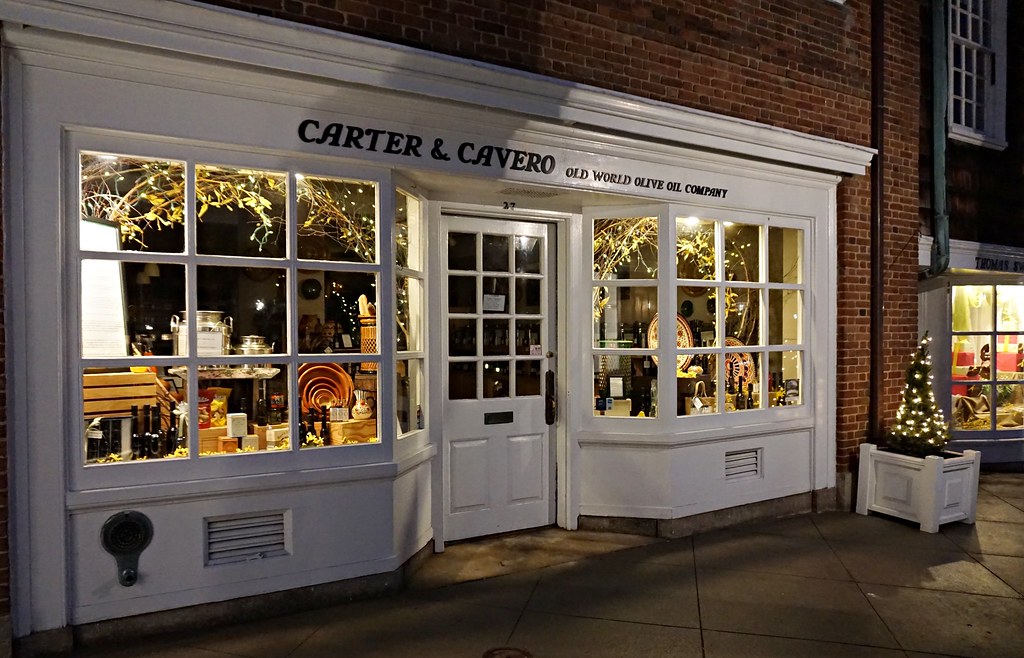 Carter & Cavero was established at the end of 2007. They specialize in premium quality olive oil and even offer a special olive oil tasting experience. The company was by created by a group of friends—one born into a long line of olive growers in Spain, one from the world of advertising in New York City, one a renowned olive oil taster from Madrid, a CPA from New Jersey and an attorney from New Jersey! 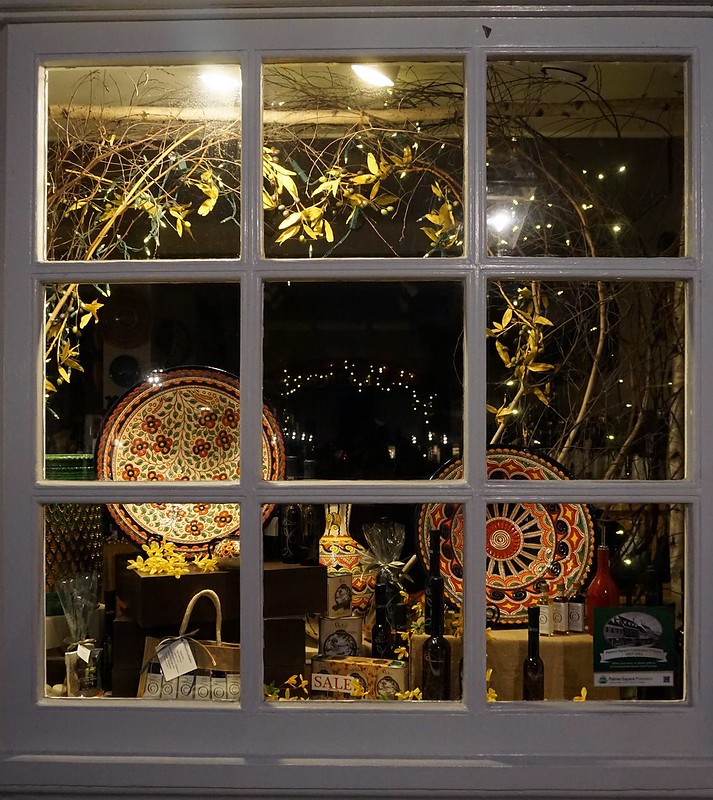 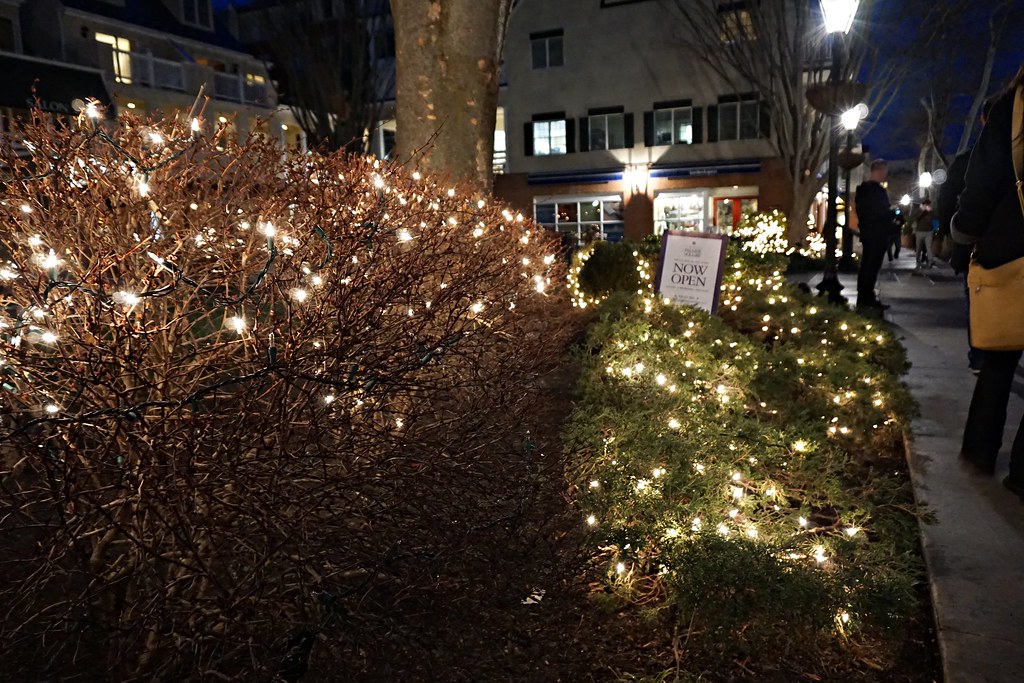 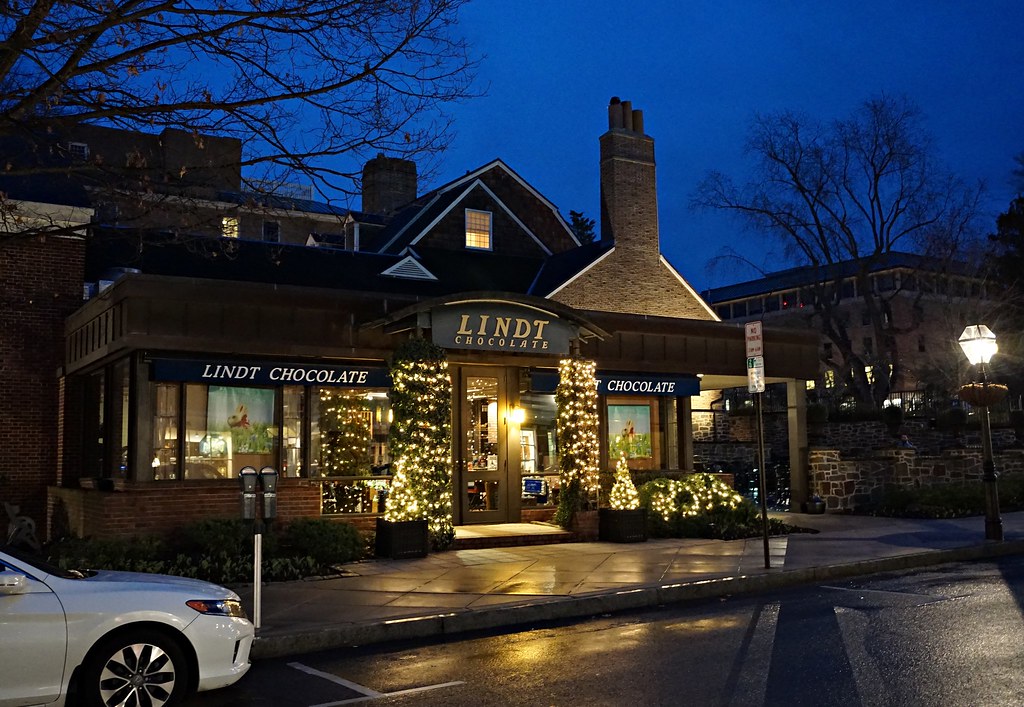 Located on Palmer Square, Lindt Chocolate needs no introduction. The reviews on Yelp are funny though.

Lindt chocolates are worth killing someone for. Trust me, I almost had to strangle my pal to get him to lend me five bucks for truffles. They’re delicious, but beware, they’re extremely fattening and will induce a coma. ~ Shizzle Q.

Although, for halal food consumers such as myself, it may help to do some research before stepping into the store. 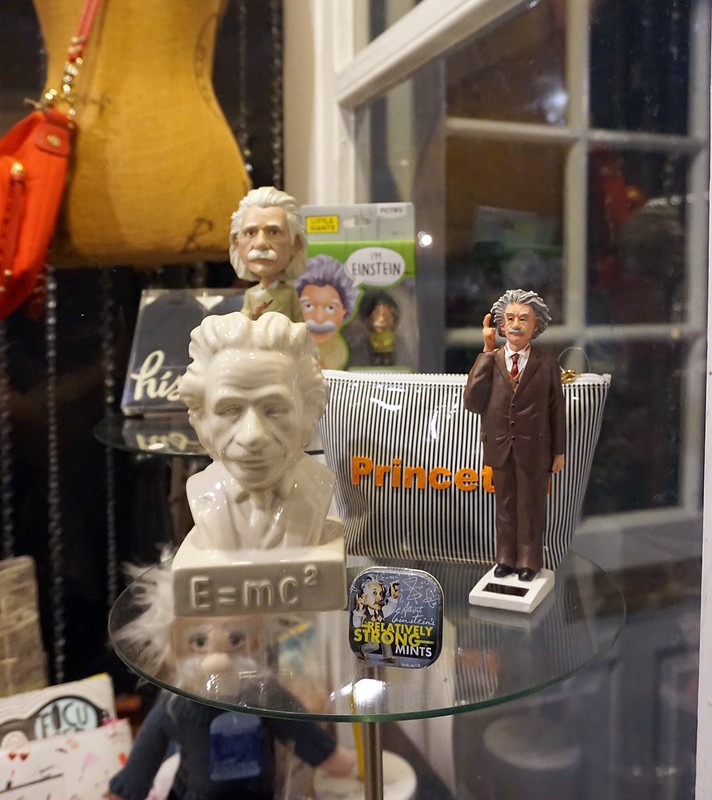 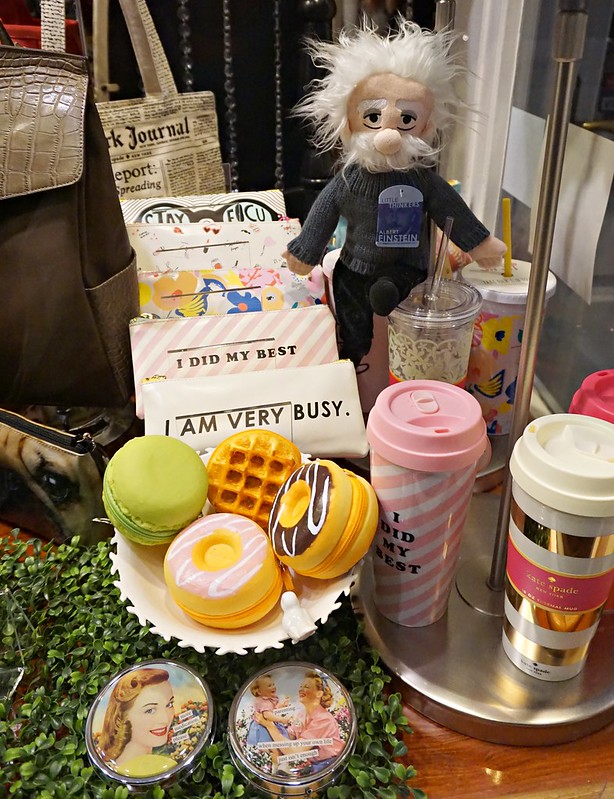 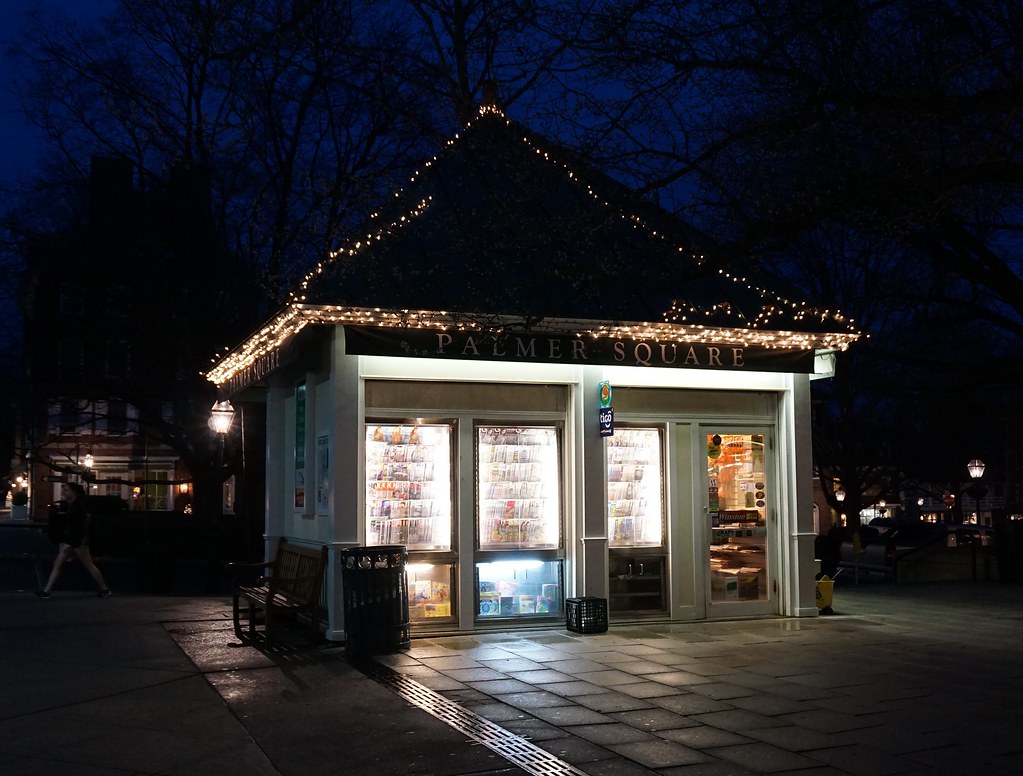 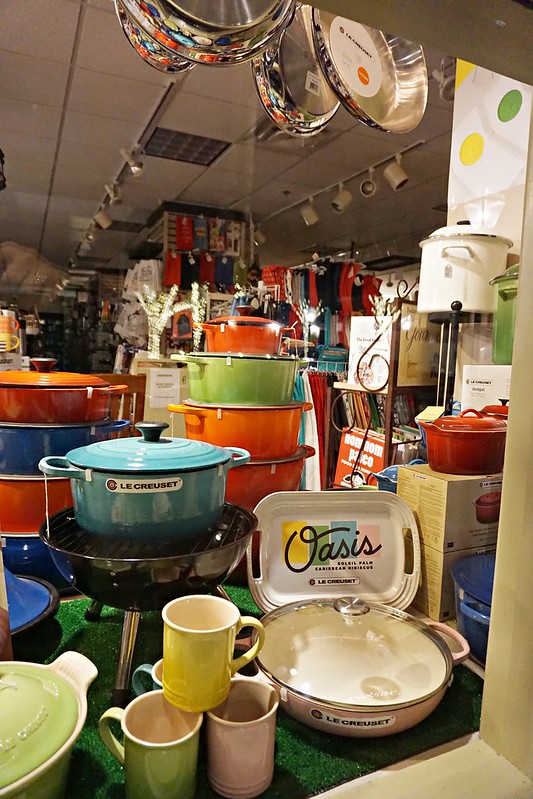 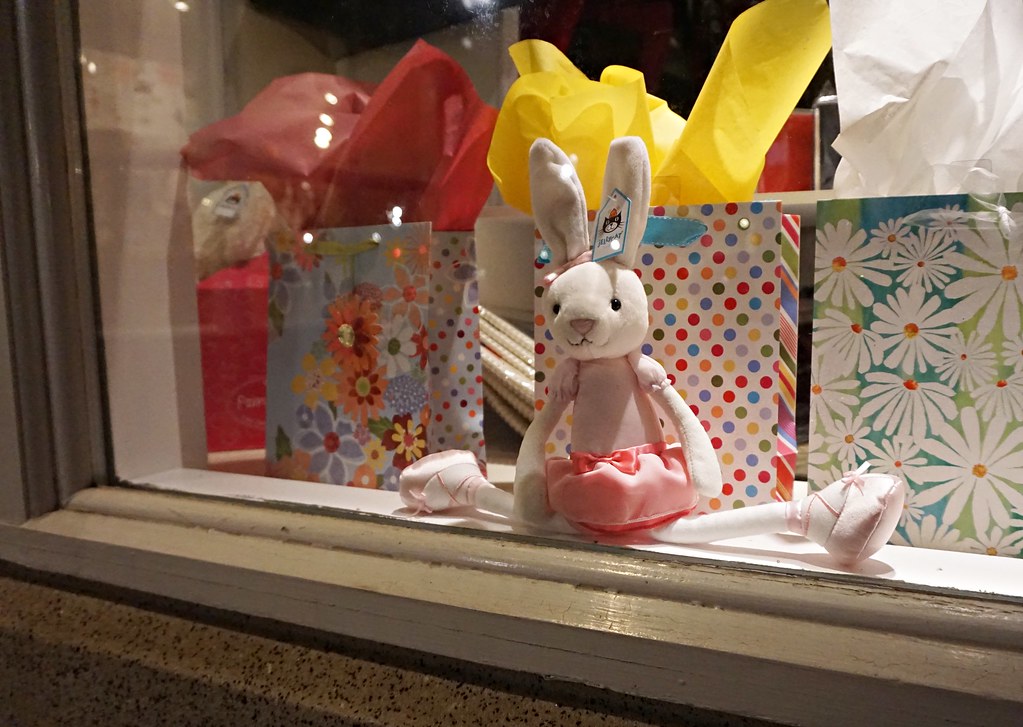 I hope you enjoyed window shopping with me!