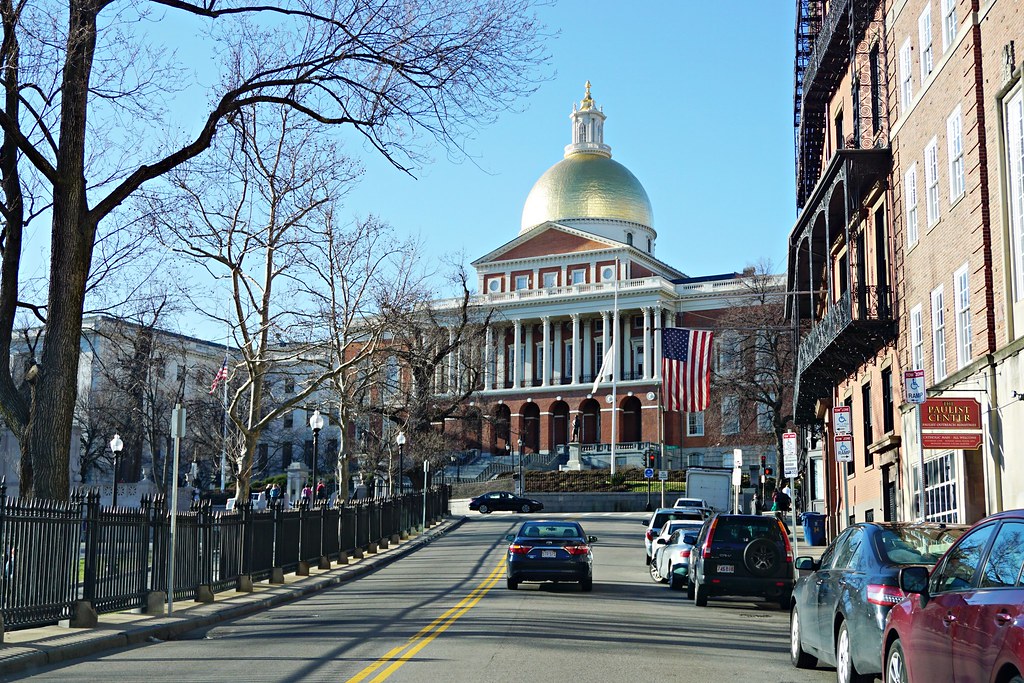 It was a sunny weekend. Only a week before spring officially started, there was a chill in the air, but luckily for us, it wasn’t snowing and the sun was up. It had been snowing for the last three days and I was afraid our weekend plans were ruined. Neither Masood nor I have any experience driving in snowy conditions.

So it was a day off work and we were driving around downtown Boston. The immense joy of finding a spot to park the car can only be understood by someone who lives/works in a busy city. And we found one right across this beautiful building called The Massachusetts State House.

Completed in 1798, the Massachusetts State House is now 218 years old and is designated a National Historic Landmark for its architectural significance.

This is the state capitol and seat of government for the Commonwealth of Massachusetts, located in Beacon Hill, Boston. It houses the Massachusetts General Court (state legislature) and the offices of the Governor of Massachusetts.

Oliver Wendell Holmes—American physician, poet, professor, lecturer, and author—called the State House “the hub of the solar system“. But before this building was erected, the land for the State House was originally used as John Hancock’s cow pasture! 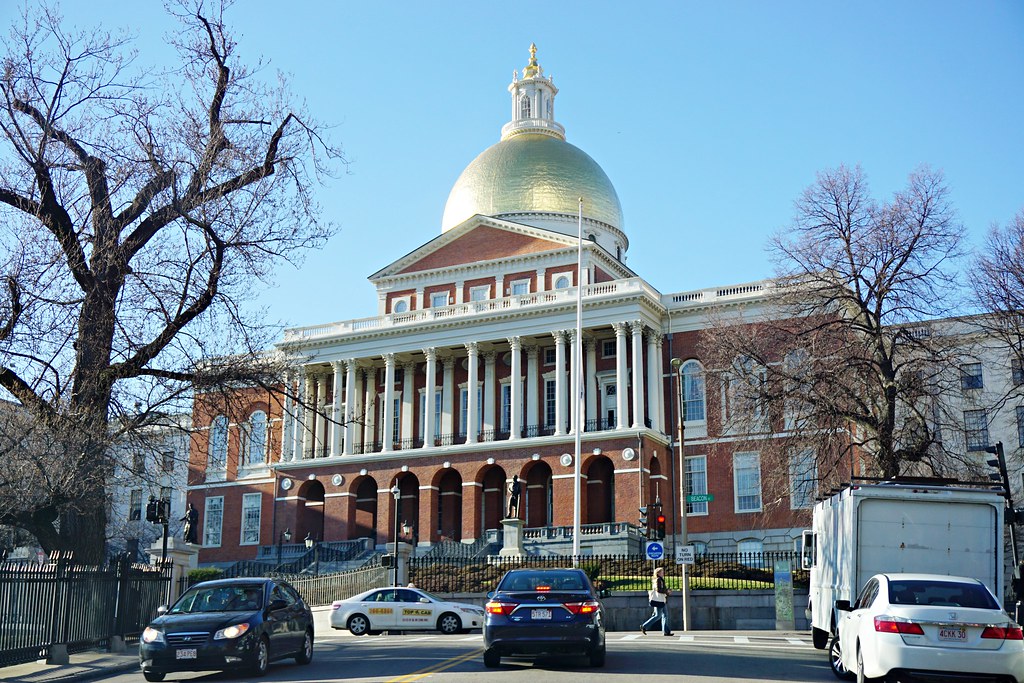 This golden dome dominated the Boston skyline until the advent of the skyscraper.

Charles Bulfinch designed the dome which crowns the State House, but when it was built, the dome was not gold – it was made of wood! Within a few years, the dome began to leak in rain and snow, so folks were hired to cover the dome with copper to make it watertight. Later, in 1872, the dome was gilded with 23-karat (real!) gold leaf, which still glows with gold today. 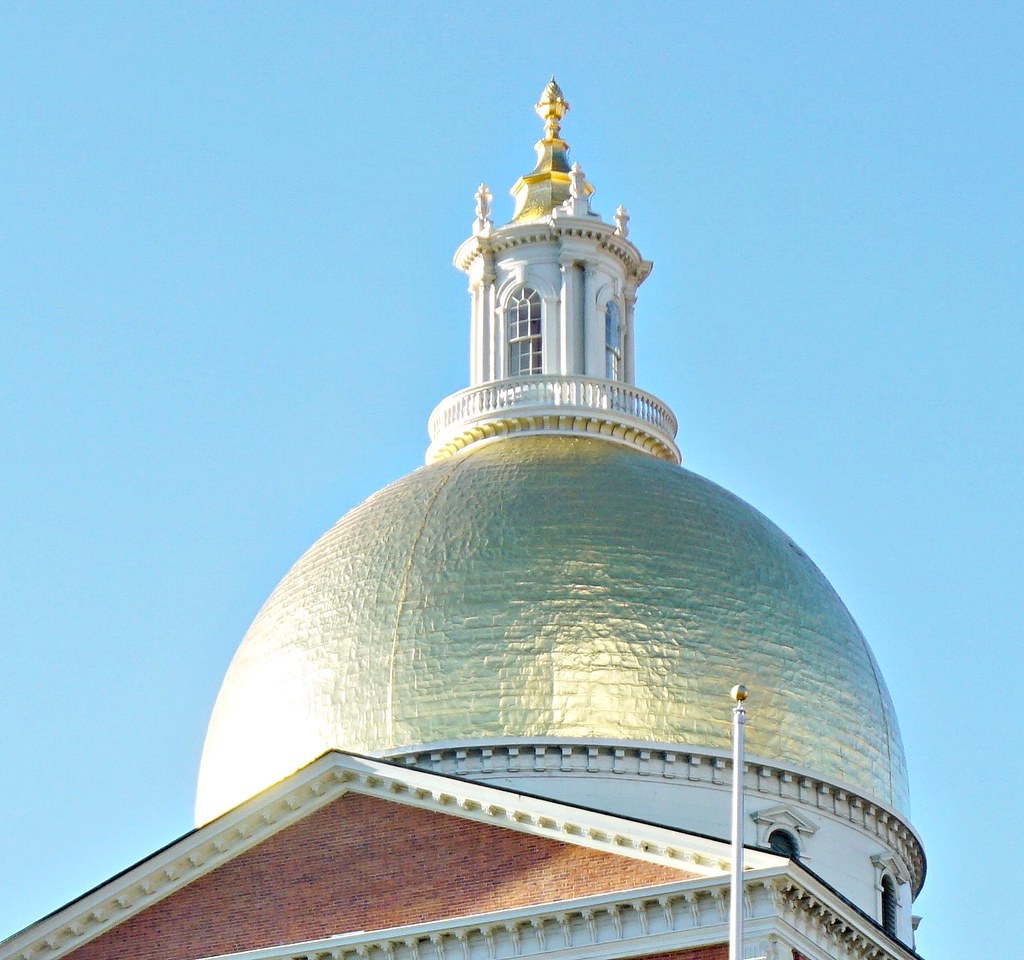 At the very top of the dome is a sculpture, which many people think is a pineapple. It is actually a pine cone, put there to remind everyone of the importance of the pine trees which provided wood to build houses, churches and commercial buildings—Boston’s lumber industry during early colonial times. Wood for the State House came from the northern part of Massachusetts, which, in 1820, became the state of Maine.

Tours last approximately 30-45 minutes and include an overview of the history and architecture of the State Capitol. Best of all? They are free! But while there is no cost to the tours, reservations are required. The only way to make one is by calling the Massachusetts State House at 617 727 3676.