“The Sony Alpha 6000 is what you would get if you threw the NEX-6 and the NEX-7 into a boiling pot and sprinkled the fragrant mixture with the latest and tastiest hot sauce,” says Jon Devo, technical writer.

Sony’s Alpha 6000 model came out in 2014 so it’s 2 years old, making way for newer models now. I bought mine earlier this year, prior to my US trip, because I’m just tired (and lazy) traveling with the bulky Nikon DSLR.

What I wanted in my next camera:

Sony Alpha 6000 meets all those requirements! I will not be doing an in-depth technical review because a) you can easily find those online, and b) I do not possess the knowledge and expertise to do a technical review. I better leave that to the experts. What I’m going to share is my personal experience after using the camera for 6 months.

A Quick Look at the Specs:

The Sony a6000 weighs just 343 grams (including the battery and SD card!) and, as you can see, it easily fits in the palm of your hand. I held it for the first time in a shop in Mall of the Emirates and was surprised at how small and light weight it was. After having had used a big DSLR for sometime now, it initially felt weird holding something so small. Now, I refuse to travel or dine with a massive camera.

Some of its main features include:

I still can’t get over how light weight this camera is, specially after spending years traveling and shooting with my Nikon DSLR. It’s small enough so that I don’t feel conscious taking pictures in a restaurant. And I notice that passersby don’t give me the looks when I’m out on the street taking pictures because the camera is small and looks quite harmless. “Oh, just another tourist taking random pictures,” they think. These days, I feel like being a hijabi in a non-Muslim country taking pictures out on the street with a bulky camera and a huge lens looks quite suspicious.

These pictures have been cropped. No other editing was done. 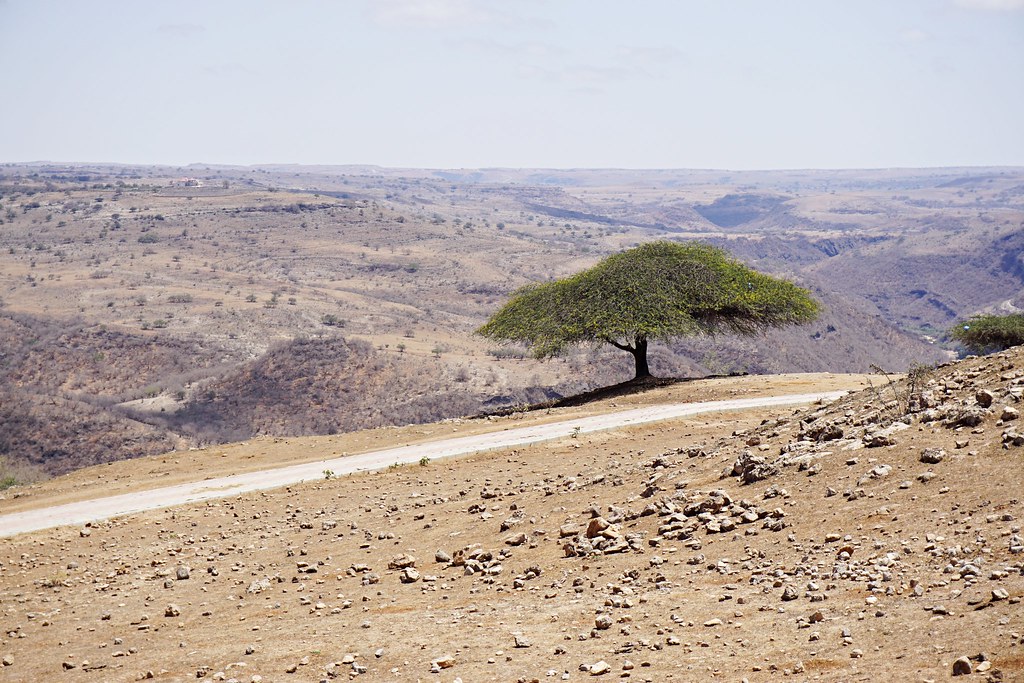 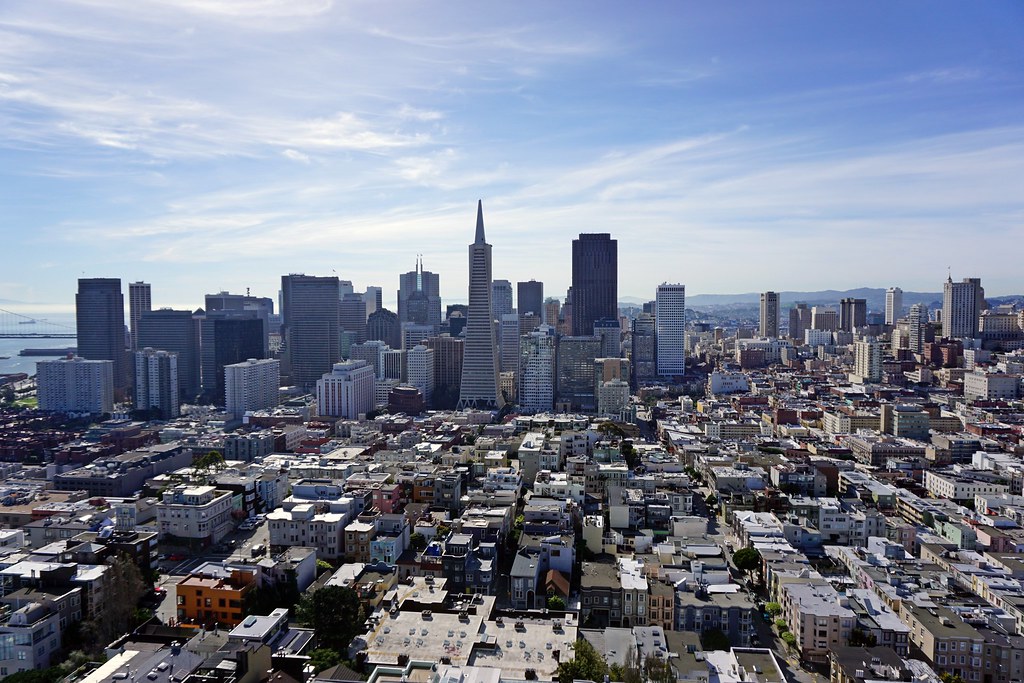 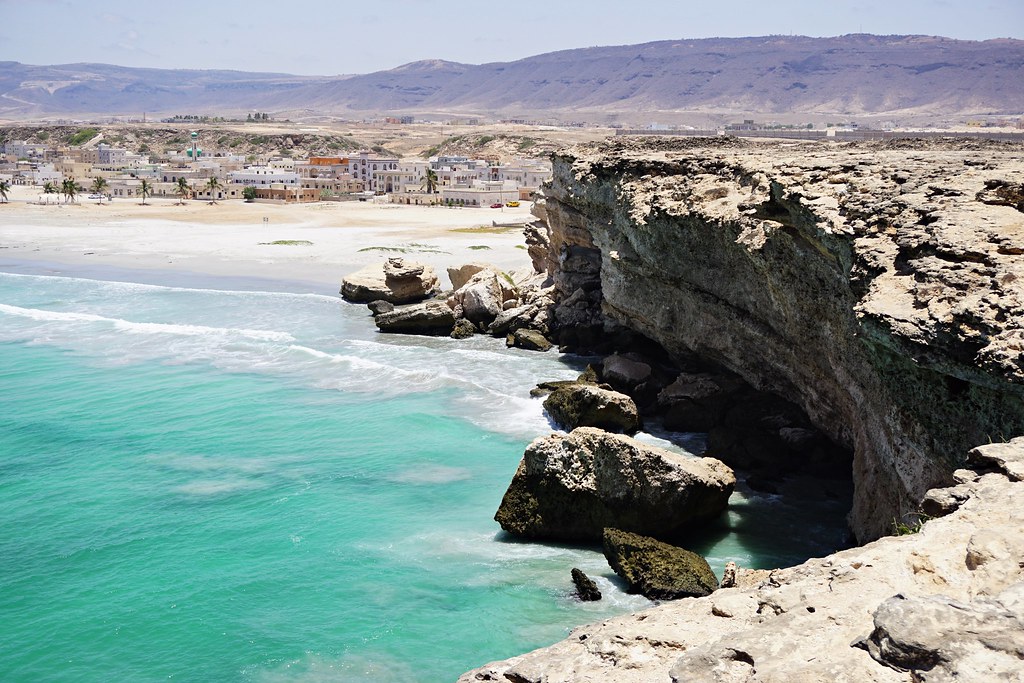 From an Aircraft’s Window 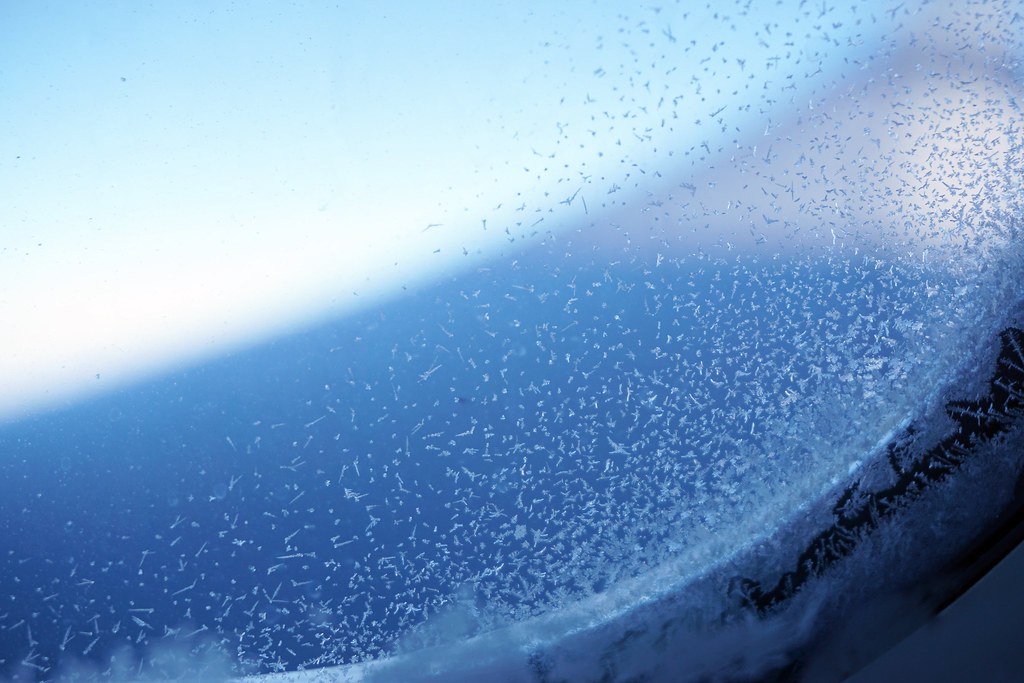 This happened when the aircraft was flying somewhere over Canada and the temperature recorded outside the window was -50°C and lower. Now, when I focused on the view outside, placing my lens close to the window to ignore the ice crystals, this is what I got … 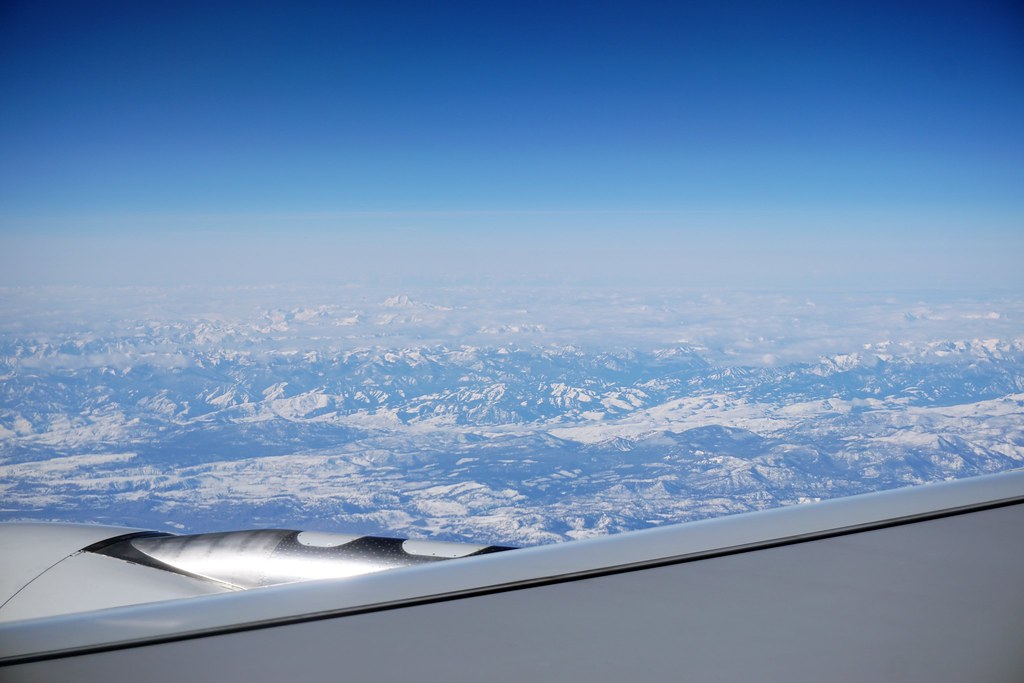 The quality of the picture makes you think the aircraft window was clean and spotless. Ha! 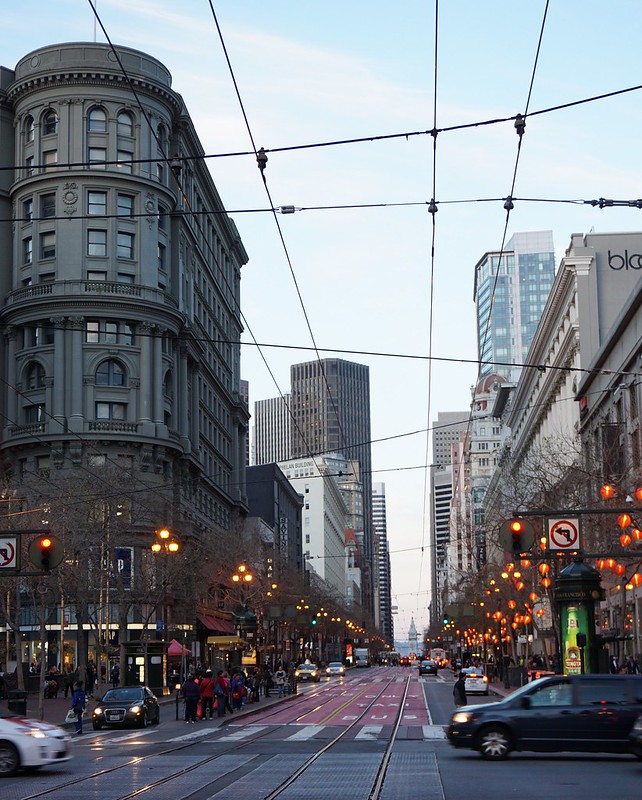 The picture above was taken swiftly as I was crossing the road and Masood was asking me to hurry up before the light turned red. Also, it was beginning to get cold and he wanted to seek refuge in the nearest coffee shop. I’m amazed at the details the camera managed to capture! 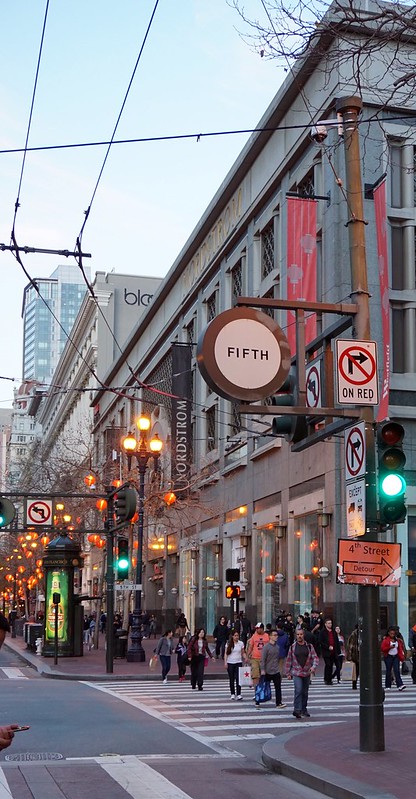 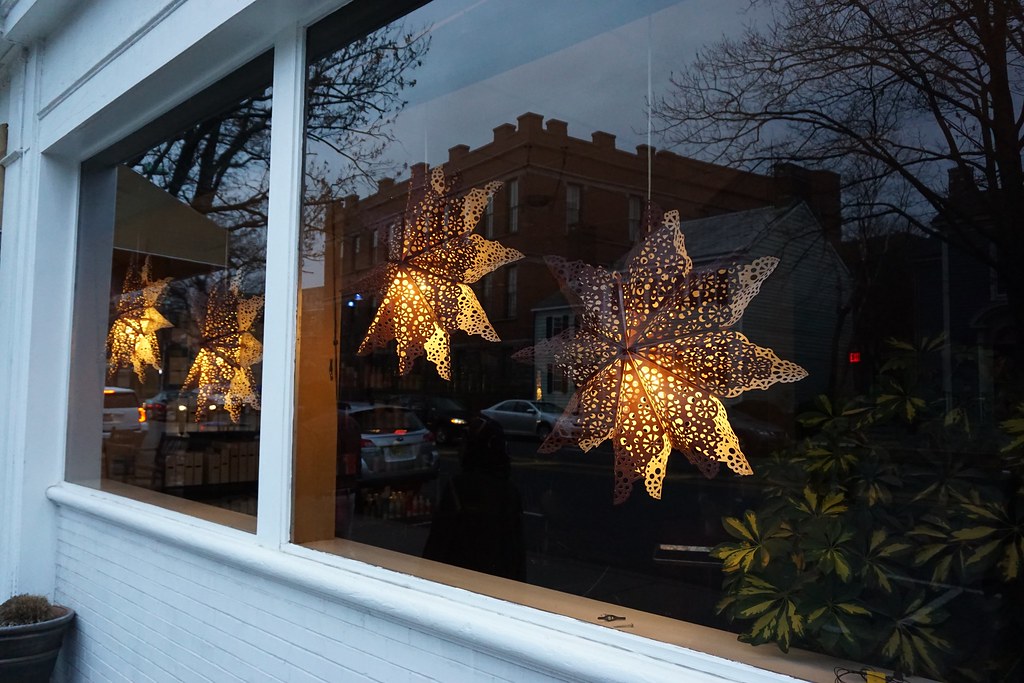 In an ideal world, one uses a tripod to take crisp pictures at night. For me, it’s just another thing that will increase the weight of my bag so I hadn’t bothered with it. I do, however, make use of other means—a short pillar, the back of a bench, or a low wall, a windowsill, a fence, or the husband’s shoulder while I ask him hold his breath for a few seconds—to stabilize the camera.

The following pictures are shot while the camera was handheld and settings were set to night mode. 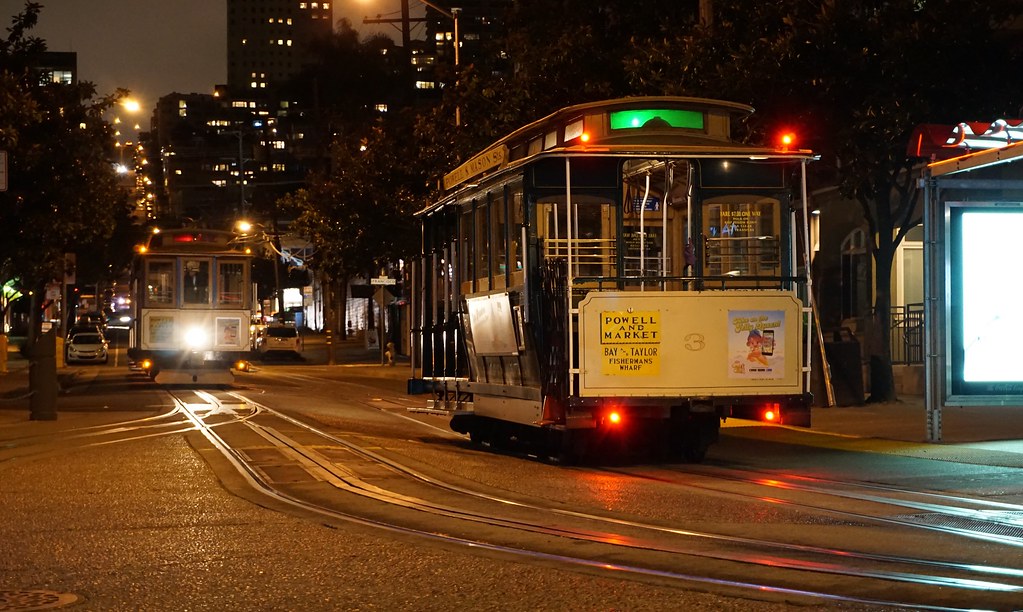 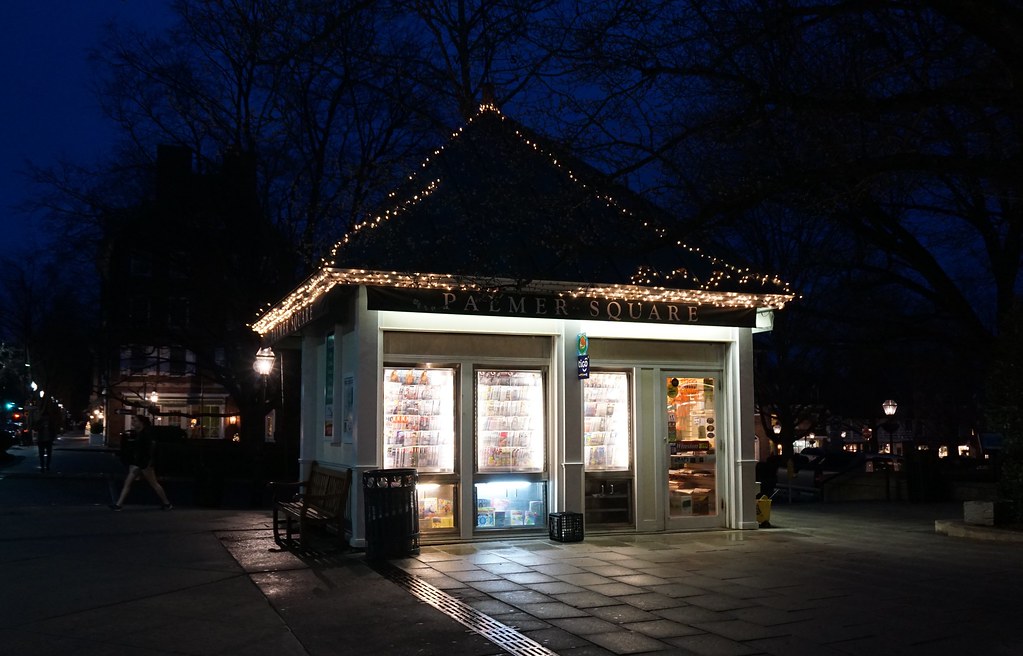 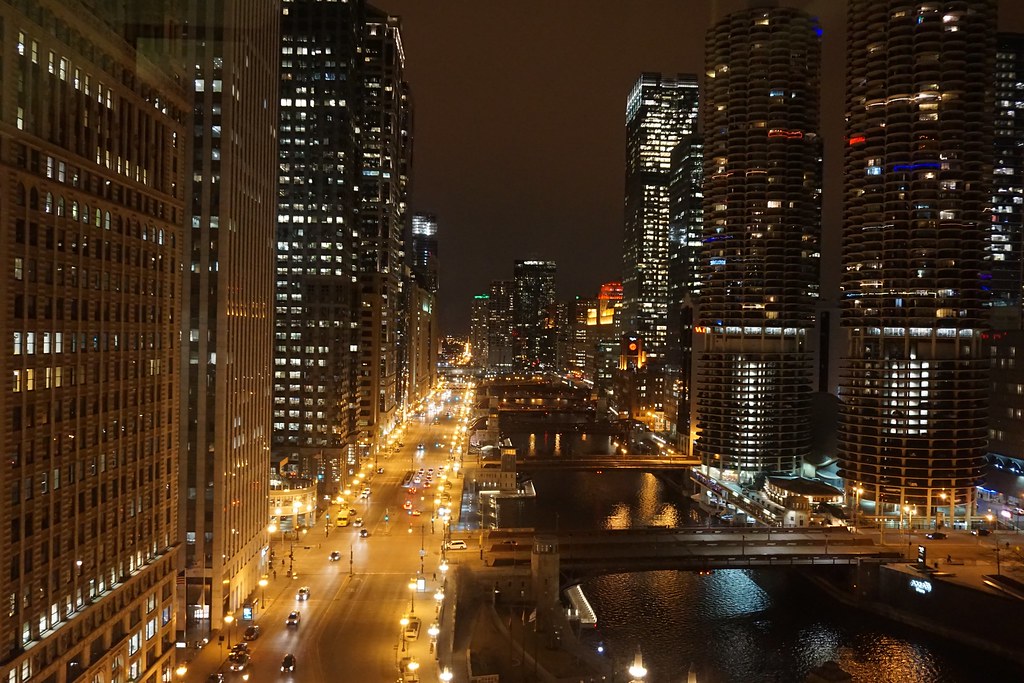 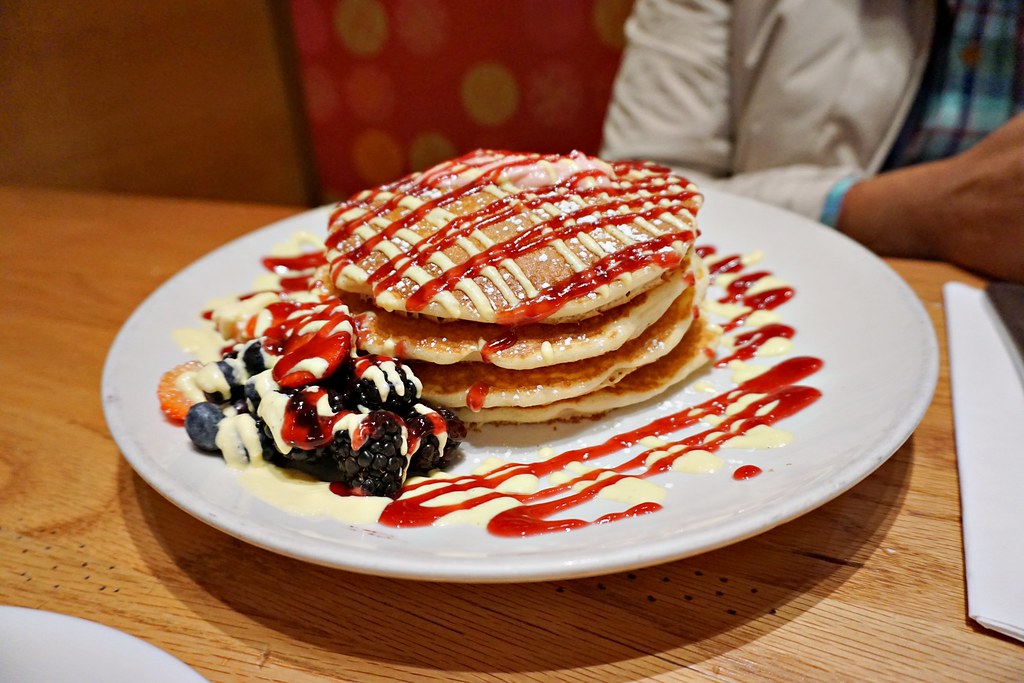 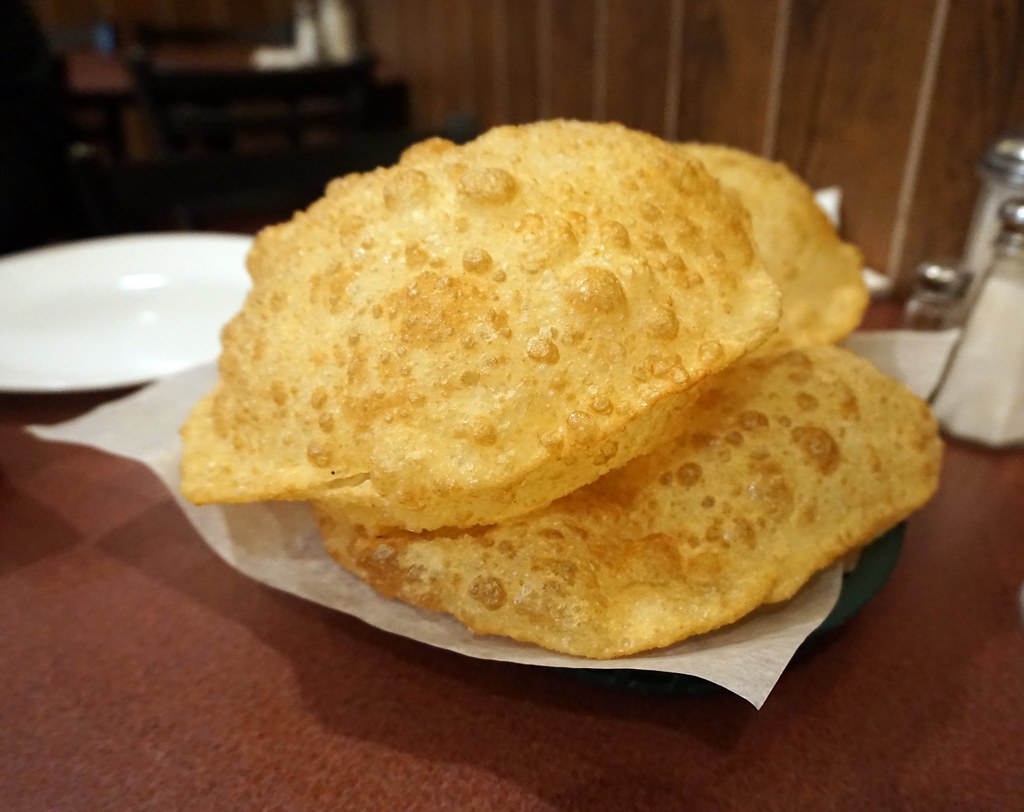 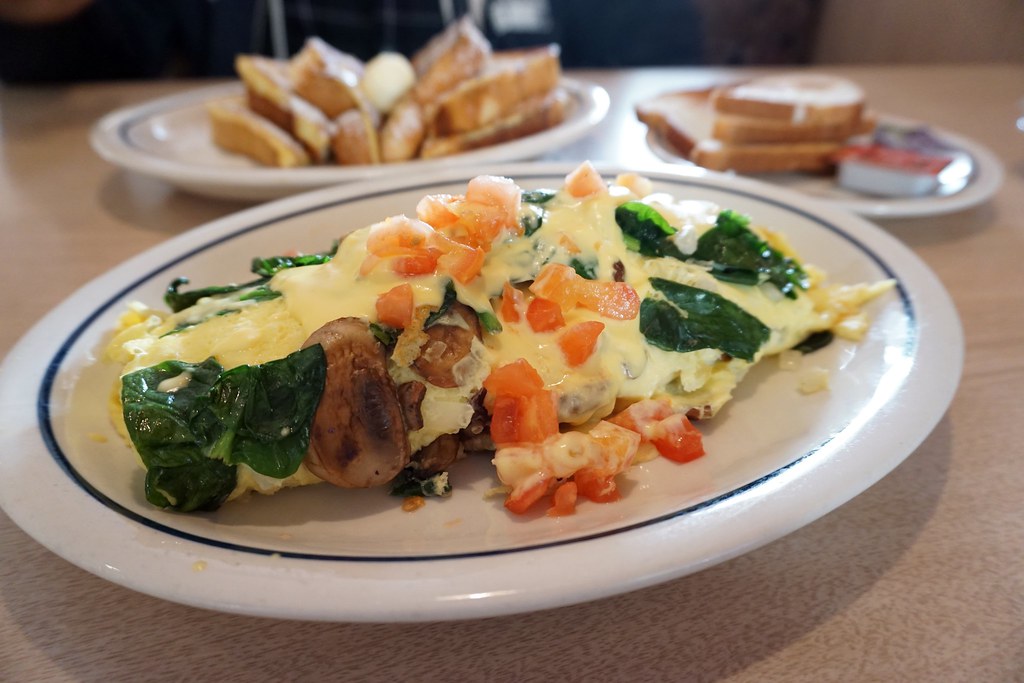 I’m delighted to announce that this camera makes an excellent companion to any person who won’t eat his or her food without shooting it first! As a food blogger, I’m so happy with the results of the Sony Alpha 6000.

Up Close and Personal 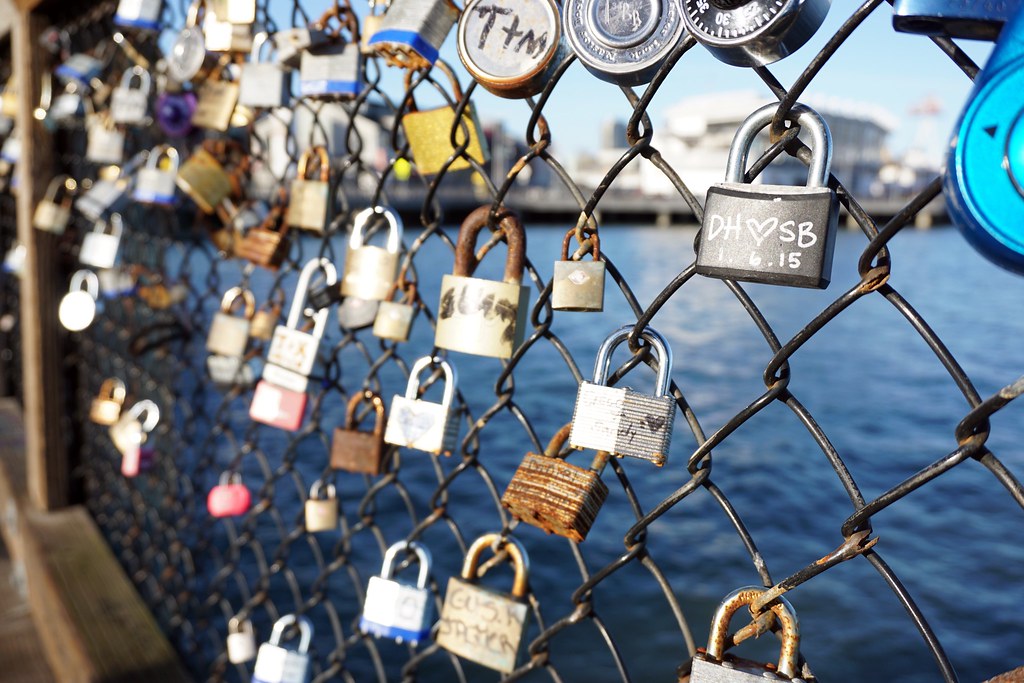 See how it gives a nice, subtle bokeh too? 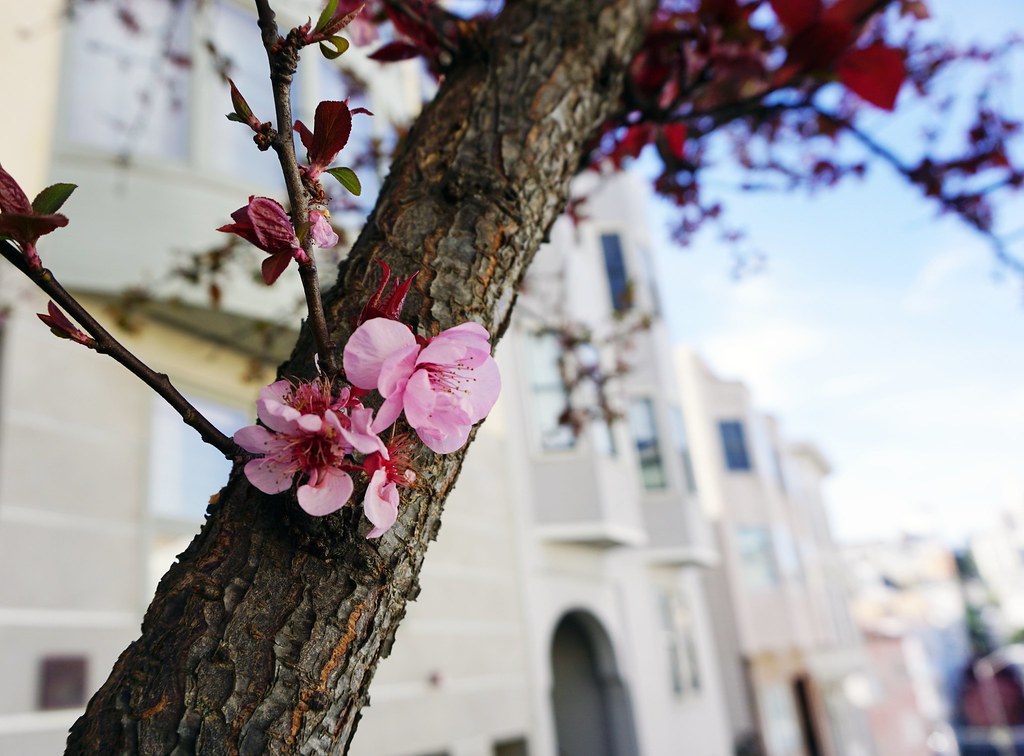 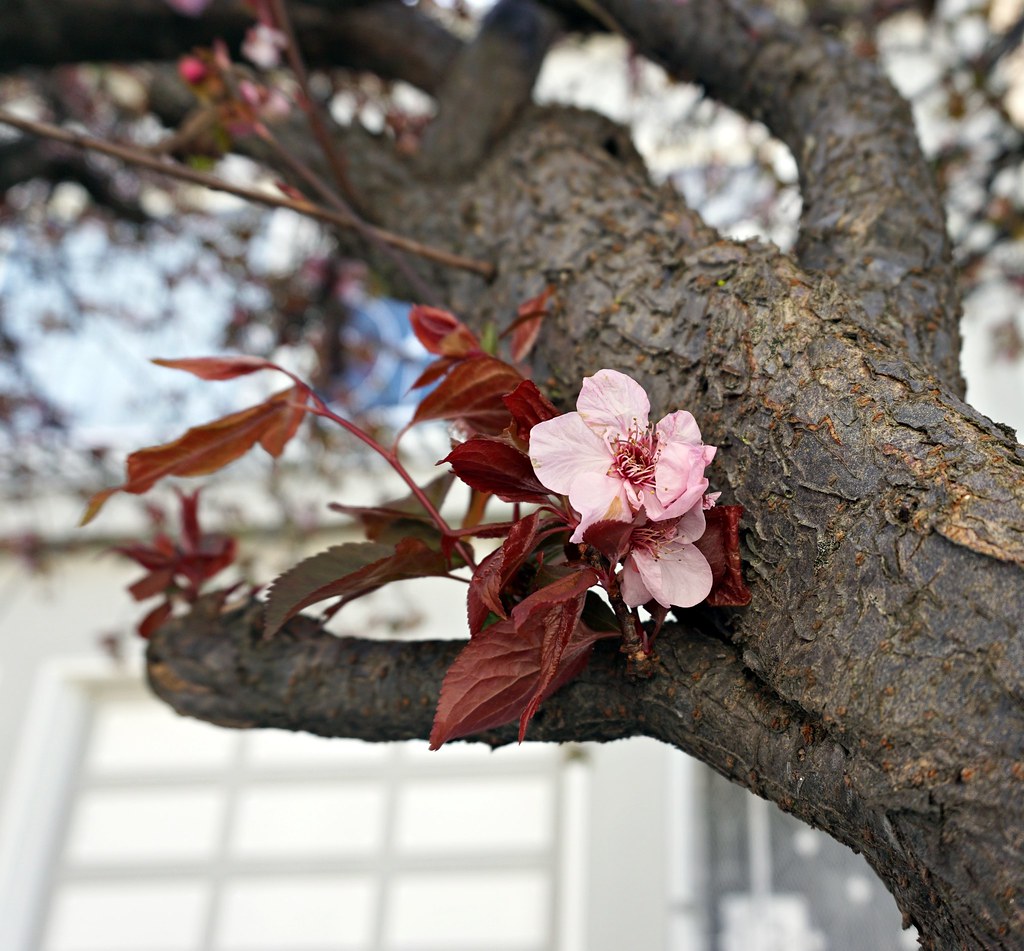 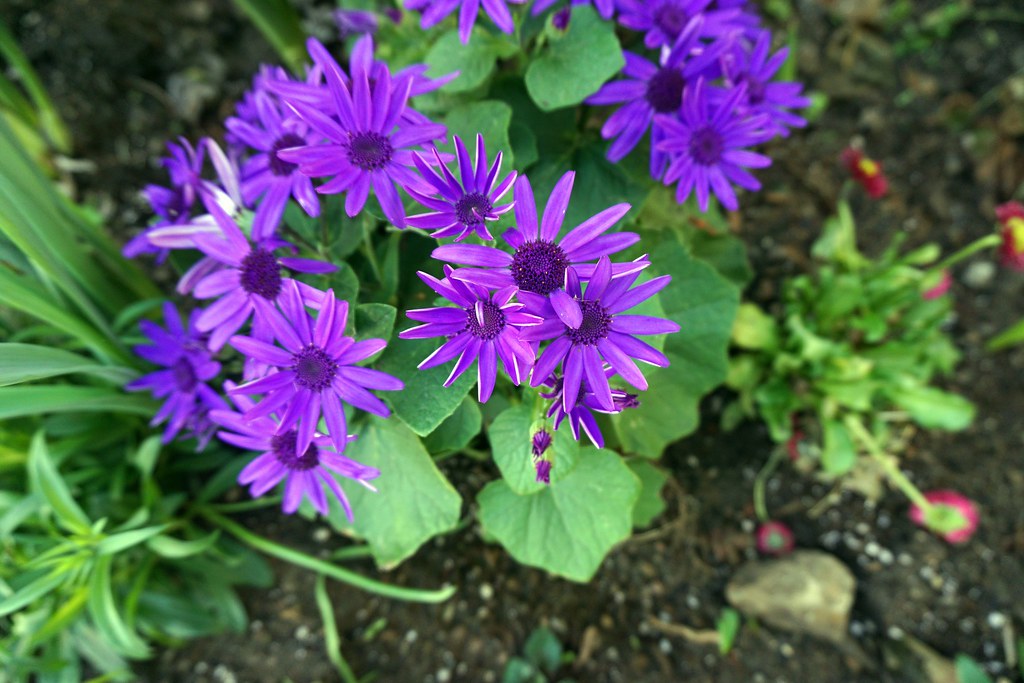 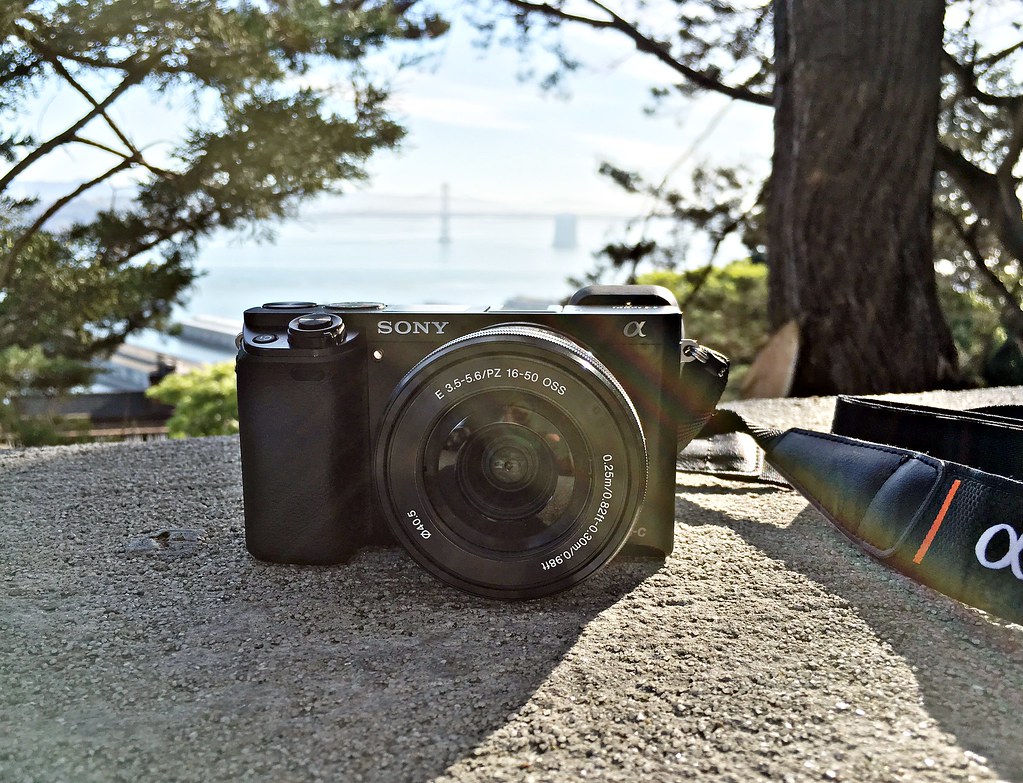 Bouncing off the cool, wintery sunshine off its sturdy body. Photo taken with Masood’s iPhone. We were in Coit Tower, San Francisco, so early in the morning that the place was still closed. We wandered about the area and got pleasantly surprised with the amazing views of the city!

I rarely make videos because I feel like editing them takes a lifetime. So I can not remark on the video-making capabilities of this camera except that when I made a short clip of Masood drinking coffee in Dubai Mall, the image and voice quality came out nice and clear.

All pictures were taken using the standard kit lens that came with the camera. I was so tempted to purchase a good lens prior to my trip but decided I could do without the additional expense (the lens costs as much as the camera!) – for now. Yes, the kit lens won’t be as sharp or quick to use compared to a good glass, but it is a solid starting lens.

It’s crazy to think that a $600 camera, let alone a mirrorless camera, can shoot up to 11 frames per second but the Sony Alpha 6000 can! And it’s quite amazing.

Also, the Sony A6000 produces natural-looking colors that are easy to work with in post-processing. Shoot using the right settings—with the options of manual and auto—and you won’t need to edit them beyond a tweak or two.

If you already own Nikon speed lights, you can use them or a number of other third party flashes and flash triggers on the A6000, which is great. There is a built-in pop-up flash that I like to use as fill-flash when photographing a close subject against a bright background.

Another feature that I love is the tilting LCD screen with the capability to tilt up and down, which is very useful when photographing at different angles. I initially assumed this feature wasn’t all that impressive, however, I found myself using it more than I thought I would, especially when shooting from low vantage points, such as having the camera near the ground. I can now simply tilt the screen and look directly down on it from above, frame my shot and capture the photo. 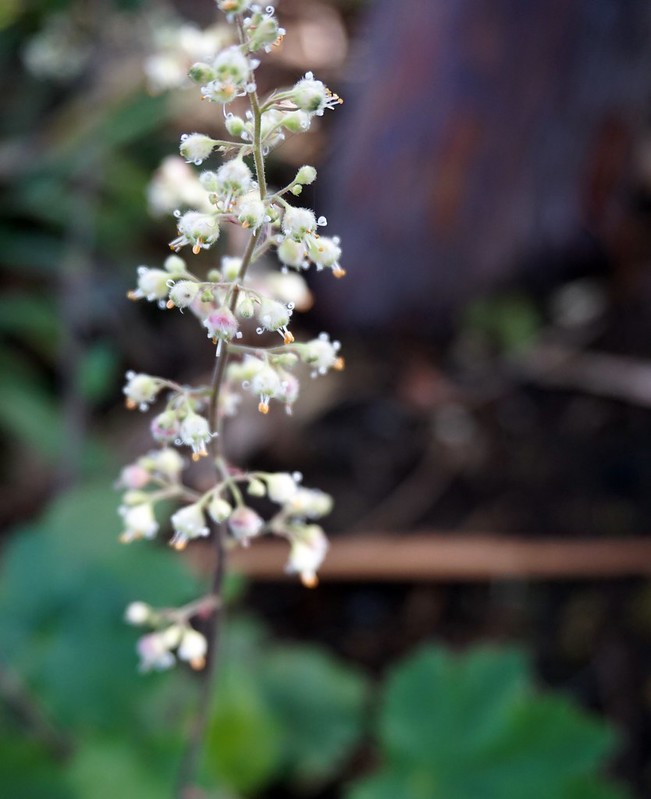 Now, the Sony A6000 does not have any weather sealing but the camera has been doing quite well in harsh conditions. I’ve taken pictures in very windy conditions, during a heavy snowfall in Chicago, in the gloomy weather of New England, and in the heat of the Oman, and the camera did not disappoint. It kept taking superb pictures.

Regarding its overall responsiveness, I remember some reviewers complain about lags when you turn on the camera, but I personally have not encountered any serious lags or delays. Nothing that would bother me, anyway.

The Sony Alpha 6000 is available in silver or black. Those who own the silver camera said that when the color scratches off after heavy usage, black color shows from underneath it, making the camera look old and worn out. So I chose black.

Did I tell you that it can connect to a wifi so that transferring photos over your phone or tablet is a breeze?

One of the few trade offs to moving to a mirrorless system is the fact that not only are the camera bodies and lenses smaller and lighter but the batteries are as well. Plus, mirrorless cameras have all electronic parts (electronic viewfinder, for example) and you get what I mean. I bought an extra battery on the trip, but never really got around to using it. I was able to make it through 3oo something shots per battery. Of course, the batter life also depends on other factors such as temperature, image review times and how long you leave the LCD screen on between shots. 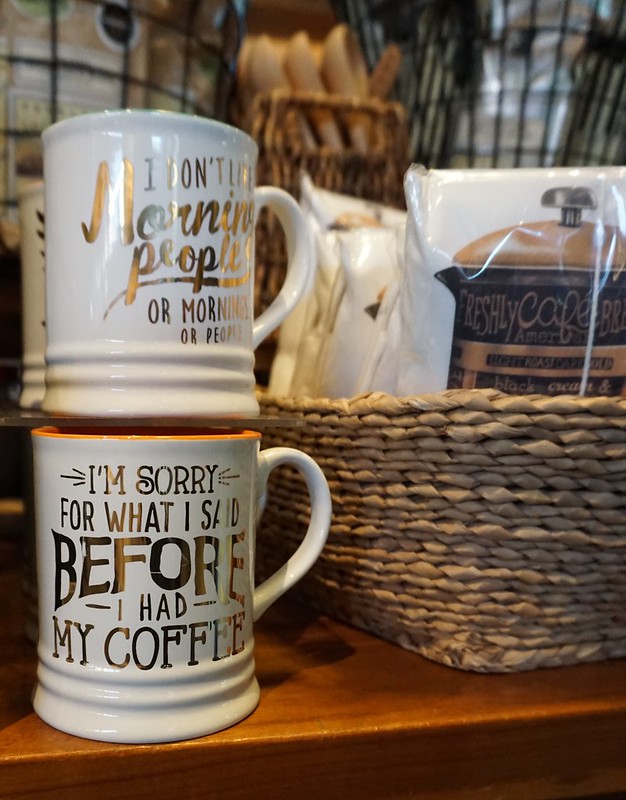 PPS: I have purchased this camera and am not, although I wouldn’t mind much if I were, affiliated with Sony or have received the camera for review.